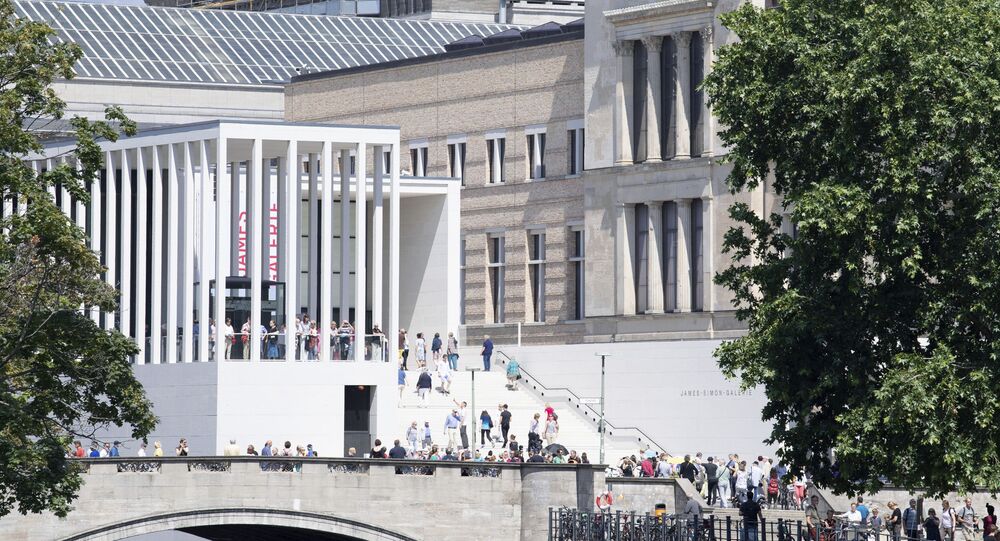 The vandalism was said to have targeted the Pergamon Museum, the New Museum and the Alte Nationalgalerie (Old National Gallery) on 3 October, but news about the incident was only made available to the public more than two weeks after the attack.

At least 70 exhibit items were damaged in an attack on three museums containing ancient and modern art located on Berlin’s Museum Island in early October, according to German media.

Initially reported on Tuesday by Die Zeit weekly and the Deutschlandfunk broadcaster, the 3 October attack, kept from the public, targeted the Pergamon Museum, the New Museum, and the Alte Nationalgalerie.

Multiple artifacts in the three museums, including ancient Egyptian sarcophagi, stone sculptures, and paintings of the 19th century, were damaged, according to the two outlets.

The attack was confirmed by Berlin police and the Prussian Cultural Heritage Foundation, which oversees the Museum Island exhibits.

The artifacts were said to have been vandalised with an oily liquid. The vandals have not been identified and it is not clear whether it was an individual or a group. Police have reportedly launched an investigation.

According to the Guardian, German media outlets associated the attack on Museum Island with “conspiracy theories” promoted on social media platforms in recent months by those who deny the existence of the coronavirus (COVID-19) pandemic.

One of the theories reportedly suggests that the Pergamon Museum is the centre of the “global satanism scene” because it contains a reconstruction of the ancient Greek altar of Pergamon.

In 2018, exhibits at the Greek National Museum of History in Athens were vandalised with an oily substance. Authorities arrested two women of Bulgarian origin in the wake of the incident. The suspects told police that they had sprayed the artifacts with oil and myrrh “because the Holy Scripture says it is miraculous”, according to the Guardian.