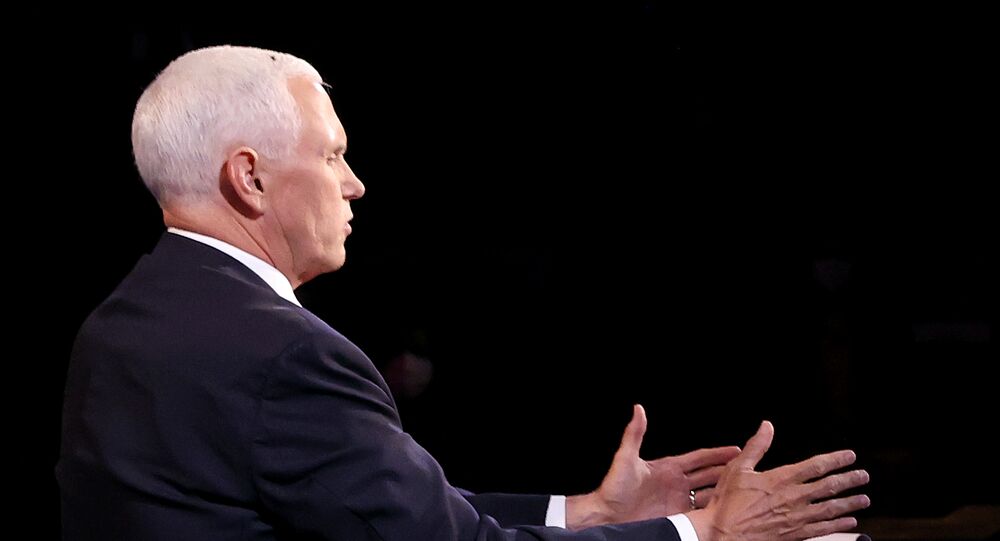 The notorious housefly that hung out on Mike Pence's head for some two minutes during the live-streaming vice-presidential debate has been making headlines and word trends, hours after the event - also making money for the Biden campaign after staffers were quick to turn the visiting bug into branded merchandise.

If you think that there has been enough of the Pence fly, you are clearly wrong, as things appear to only be getting started with the vice president and the insect that hung out on his hair for about two minutes during the vice presidential debate on Wednesday.

The National Bobblehead Hall of Fame and Museum has rolled out a new bobblehead on their website, one day after the debate, picturing the vice president sitting at a desk protected by a plexiglass shield - and with the now-famous fly perched on his head. The novelty is expected to ship in January.

"Social media has been abuzz with talk of the fly at last night’s debate, and when we received several requests for a bobblehead with Pence and the fly, we knew we had to get to work,” National Bobblehead Hall of Fame and Museum co-founder and CEO Phil Sklar said. “We think this will be another fun bobblehead to put a smile on people’s faces as they look back at 2020.”

The National Bobblehead Hall of Fame and Museum has unveiled a Mike Pence Fly bobblehead pic.twitter.com/gOuyorn3HP

​The fly marked the most viral moment of Wednesday's vice presidential debate between Kamala Harris and Mike Pence, with the head of the latter becoming a sanctuary for a housefly who remained in place for over two minutes.

Shortly after the debate wrapped, the Biden campaign rolled out a fly swatter branded with the "Truth Over Flies" caption for $10. Campaign merchandise director Zach McNamara revealed to The Hill that the campaign sold out of its first run of 35,000 swatters as of Thursday morning.