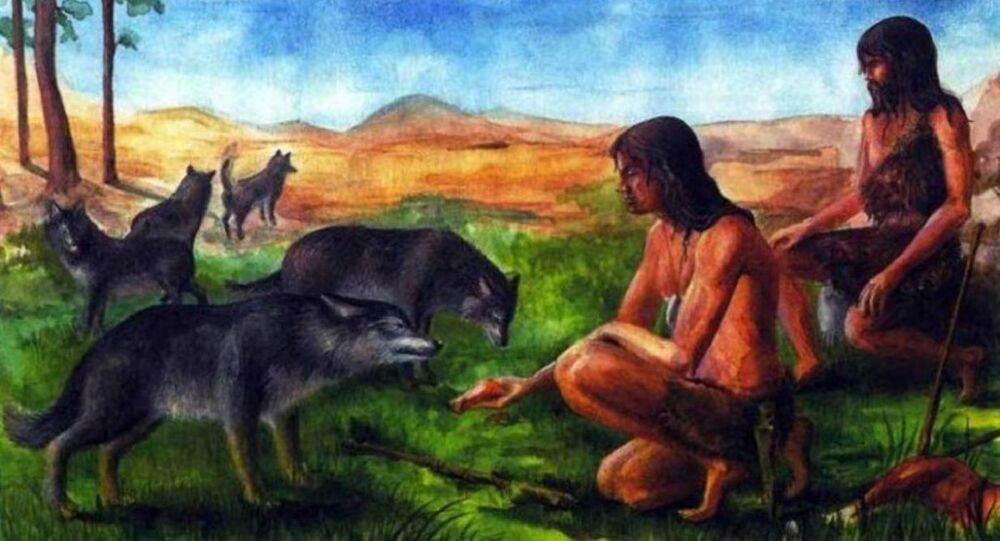 To show respect and stress the dog's status as “man's best friend”, the Stone Age hunters fitted dog graves with goods such as axes and knives.

Dog remains dating back from the Neolithic have been unearthed near the city of Sölvesborg in the Swedish province of Blekinge.

The dog, which is about 8,400 years old, was found curled up in a pit along with what are believed to be grave goods. According to Blekinge Museum, it is one of the oldest grave finds of a dog made in Sweden.

The excavation area is situated next to the beach. The reason why the dog remains are so well-preserved is that the sea level rose very quickly over 8,000 years ago and everything was covered with mud.

While dog graves have been found before, the unusual thing about this one is the location - next to a human settlement. All in all, the remains of 51 houses were found.

Interestingly, no human skeletal parts have been found so far, probably because of the acidic ground, osteologist Ola Magnell, an expert on animal bones at the State Historical Museum, told the newspaper Aftonbladet. By contrast, conditions are better in the area where the dog was found.

“It is difficult to say what kind of race it is. There is no dog breed today to really compared to, but it is more like a more powerful Swedish elkhound,” Magnell said.

According to archaeologist Carl Persson, project manager at the excavation site in Sölvesborg, dog graves with grave gifts such as axes and knives, are an indication of the fact that Stone Age hunters had a close relationship with certain dogs. Next to the Stone Age dog in Sölvesborg, small pieces of flint were found that could have been from a knife or an axe as well.

“There are other examples from this time that some dogs receive the same grave gifts as humans. No dog needs an axe, but it is man's best friend, so it is clear that it should get one as well,” Carl Persson told Aftonbladet.

This equal treatment, however, didn't apply to everyone, as some dog bones found from this time bear traces that indicate that dogs were also eaten by humans.

Excavations in Ljungaviken in Sölvesborg have been going on for about 15 years and are now in their final phase. During this time, numerous house remains, with fireplaces and flint instruments, have been found.

The area is well-drained, which enabled the artefacts to preserve their condition. Since the rapid sea rise, the area was covered with thick layers of sand.