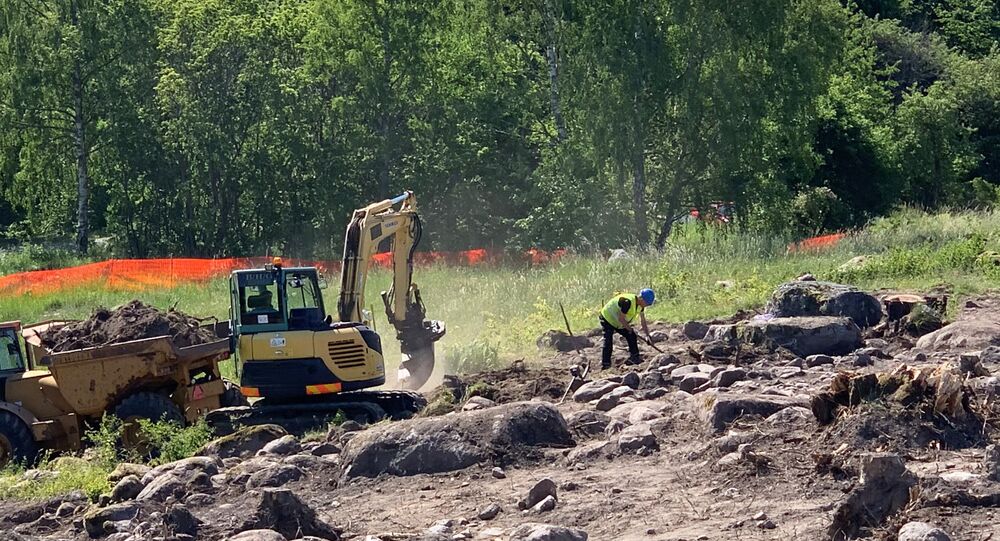 A prehistoric farm with numerous utensils dating back to 400–550 AD found in the Greater Stockholm area may shed new light on how the area looked during the Late Iron Age.

Excavations at an 8,000-square metre area in preparation for urban construction in Viggbyholm in Täby, Stockholm County, have yielded a prehistoric viking farm.

As excavations progressed, traces of houses and buildings, probably from different eras, emerged from under layers of peat. The Viking-era farm was located by a bay that cuts into the landscape.

While the excavation is still underway, arrowheads, gristmills, ceramics, amulet rings, and a needle case are some of the finds unearthed from the ground. Needle cases made of bone or metal, where fine sewing needles made of bone, bronze or iron were stored, are often found in Viking tombs and were worn by women as accessories.

"It is probably not a large farm but rather subordinate to another farm that was located nearby at this time called Kjula or Tjula and which is mentioned in the historical sources. But it is an exciting place", John Hamilton at the Archaeologists, Sweden's leading consultant on archaeology and cultural environments, said in a press release, suggesting that the utensils found reflect everyday life on the farm.

The archaeologists' suggested name for the farm is Vikby (literally "bay village"), which was mentioned in chronicles in the Middle Ages. However, it may be older than that. The remains of several houses and buildings in the area have also been found, but how they fit together and during what eras they were built, is unknown. Some finds indicate that a medieval farm was on the site as early as around 400–550 AD, only to survive into the Viking era.

"We have made some medieval finds and found what looks like a medieval house construction, where the walls rest on a foundation of stones instead of on erected pillars as during the Viking Age. We are now discussing whether the place was abandoned in the Viking Age or whether there was a farm there later", John Hamilton concluded.

During the Viking Age (793-1066), Scandinavian sailors known as Vikings undertook large-scale raids, conquests, and trading missions throughout Europe, settled in Iceland, Ireland, the British Isles, and even reached North America.

However, while Danish and Norwegian ships most often sailed westwards, Swedish ships set sail for the east and south. As their ships were pulled many miles on land over logs to the next waterway, be it a lake or river, the Swedish Vikings made deep inroads into present-day Germany, Poland, the Baltic States, and Russia, reaching the Byzantine Empire and Constantinople.