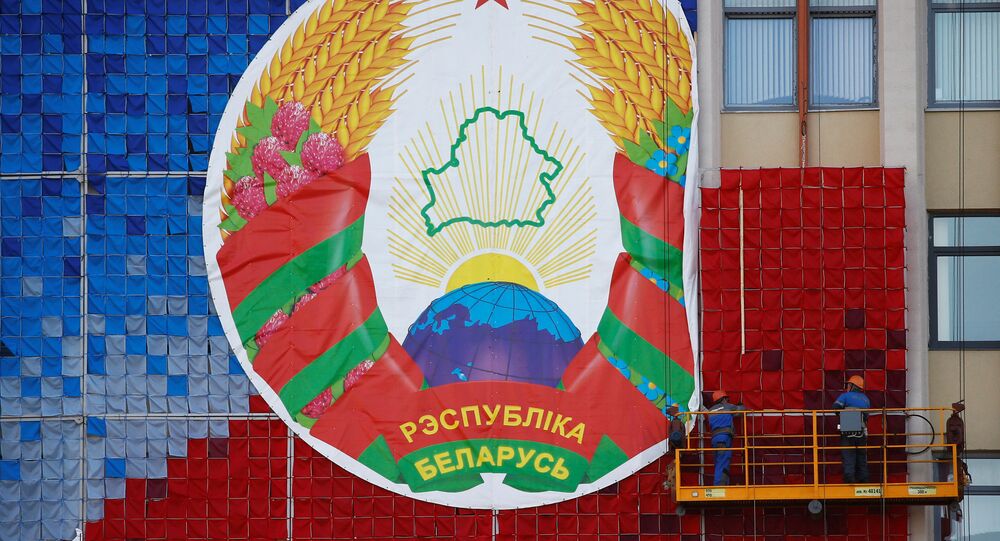 The US joined 28 other countries on Thursday in calling for an end to internet shutdowns in Belarus, where protests against President Alexander Lukashenko’s reelection have raged since his August victory. Minsk has accused the US of orchestrating the demonstrations.

The statement was signed by 25 European nations, plus Japan, Australia, the United States and Canada, and called on Lukashenko’s administration to “refrain from internet shutdowns and blocking or filtering of services and to respect Belarus’ international human rights obligations.”

“We, the signatories, are deeply troubled by and condemn the recently reported and ongoing use of partial and complete internet shutdowns, as well as targeted content blocking, by the government of Belarus in the aftermath of the fraudulent 2020 Belarusian presidential elections,” the joint statement reads.

“Shutdowns and blocking or filtering of services unjustifiably limit the rights of peaceful assembly and freedoms of association and expression, especially when they lack procedural fairness and transparency. In conjunction with restrictive measures and intimidation employed against opposition candidates and the mass arrests and detentions of Belarusian civil society members and journalists, actions to limit access to the internet, including social media and other digital communication platforms, further erode civic space.”

“We will continue to stand with the people of Belarus, who are making their voices heard in spite of these oppressive measures, and we are especially heartened by the critical and central role women are playing in calling for fairness and accountability.”

After Lukashenko declared victory in the August 9 elections, winning the 66-year-old a sixth term, the opposition declared the vote illegitimate and said their candidate, Svetlana Tikhanovskaya, had actually won.

Countries around the world have taken sides, with Russia, China, Turkey, Vietnam, Cuba and several other countries recognizing the official results, and the signatories of the above statement, plus several others, rejecting it.

While the former state farm manager has conceded that he might have “sat in the president's chair a little too long,” he has accused the United States of fomenting the unrest that has rocked the country since the August vote and vowed to “protect Belarusians.”

"We know who's standing behind all these Telegram channels. It's the Americans. We must all understand that this isn't about Belarus. Their main target is Russia! So stay alert," Lukashenko told a group of leading Russian media outlets in a joint interview earlier this month.

The Russian Foreign Intelligence Service arrived at a similar conclusion in a report presented on Wednesday, noting the similarities between the events in Belarus and those in Venezuela and Syria, where the US has also sought to surreptitiously force regime change.

Ironically, Bloomberg reported on August 28 that Minsk was using technology manufactured by Sandvine Inc., a US company, to block access to parts of the internet. The technology employed is reportedly deep packet inspection equipment, which is used to examine network data to filter out malware and unwanted traffic.