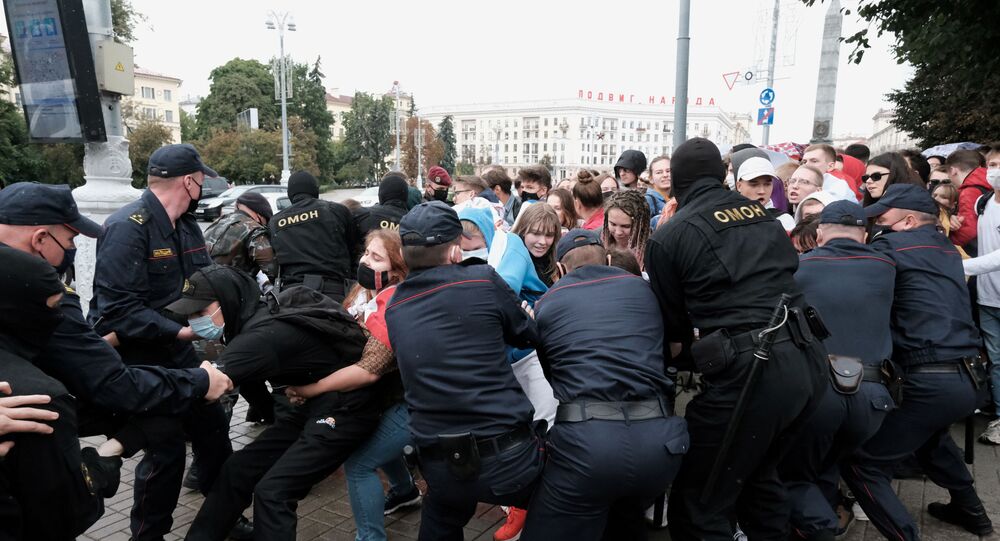 The Russian Foreign Intelligence Service (SVR) said in a statement that the US played a key role in events in Belarus.

"The events in Belarus clearly show a Western trail. Protest actions from the very beginning are well-organised and coordinated from abroad ... According to the information available to the SVR, the US is playing a key role in the current events in Belarus," the official report of the SVR quoted Russian Foreign Intelligence Service Director Sergei Naryshkin as saying.

The US poured around $20 mln into Belarusian protests in 2019-2020 through NGOs and has increased its sponsoring of Belarusian anti-governmental forces since the start of rallies, the SVR said in a statement.

Those who organized protests in Belarus have taken scenarios that were used in Syria and Venezuela as a guidance, Lukashenko said.

"They used a new approach to destabilizing Belarus — aiming at the president's most loyal voters, such as those who live in the regions, workers, civil servants, retirees. The same tactic was used in Syria and in Venezuea," Lukashenko said, as quoted by the Belta news agency.

"Time has come to give impetus to the social and political life. It is important to form a common vision of what our country and its state structure should be like in the future. This is what the constitution should reflect," Lukashenko stressed, as quoted by the state-run news agency Belta.

Earlier, Lukashenko said that the protests in Belarus were being directed from Poland, Ukraine, Lithuania and the Czech Republic.

Mass anti-government rallies have been ongoing in Minsk and other cities across Belarus for over a month, as the opposition and its supporters do not agree with the official results of the 9 August election, which saw President Alexander Lukashenko reelected for a sixth term.