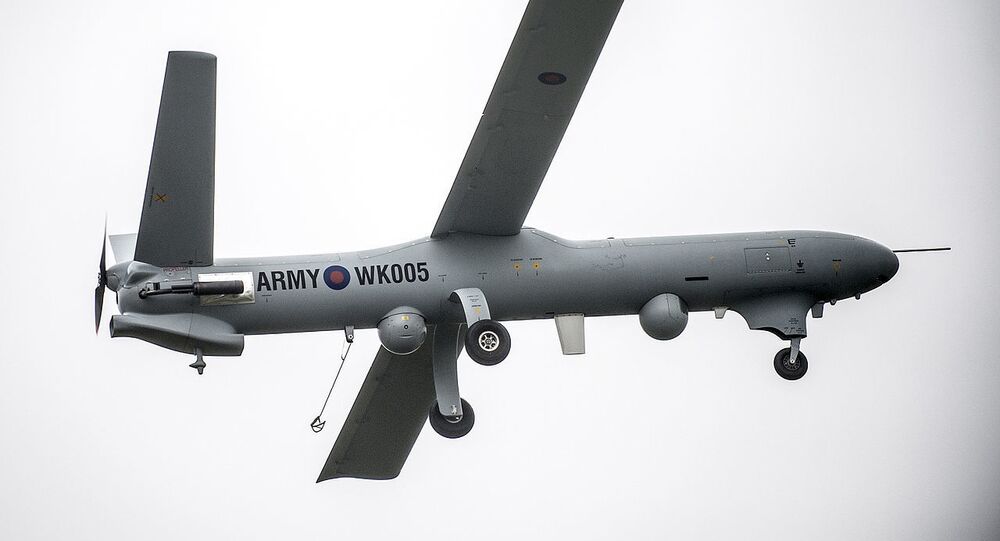 British Prime Minister Boris Johnson has called for tougher measures to deal with the recent arrival of a wave of illegal immigrants to the UK from across the English Channel aboard small boats, with officials on both sides of the channel getting entangled in an increasingly tense spat over the issue.

The British Army has deployed a Watchkeeper WK450 reconnaissance drone in the English Channel to help keep an eye out for migrants coming from France, The Times has reported, citing a Ministry of Defence (MoD) statement.

The drone “will provide a leading surveillance and reconnaissance capability, feeding information back to the Border Force and allowing them to take appropriate action where necessary,” an MoD spokesman said, adding that the Watchkeeper would provide “further defence support to the Home Office” in dealing with the illegal migrant crossing problem.

The drone, developed by a British subsidiary of French aerospace giant Thales and Israeli-based defence electronics company Elbit Systems, was previously used by the British Army in Afghanistan on a test basis to help protect the perimeter around Camp Bastion in Helmand province before the British withdrawal in 2014.

The advanced spy drone is said to be equipped with a number of features to help it in its mission, including a multiple cameras and radar systems for daytime/nighttime operations, a synthetic aperture radar and a moving target indicator.

Along with the Watchkeeper, the MoD has authorized other military aircraft, including Britain’s P-8 Poseidons, Atlas A-400Ms, and Shadow R1s surveillance planes to engage in monitoring, with the Royal Navy mulling the deployment of small patrol boats to the Channel area after starting operations to provide planning assistance to the Border Force in mid-August.

The £1 billion Watchkeeper drone programme is not without its problems. At least four of the drones have been lost between 2014 and 2017. The UAV was declared to have reached full operational capability in late 2018, and the Army is believed to have over 50 of the unmanned aircraft at its disposal.

The drone’s deployment comes amid increasingly strained ties between France and the UK over the illegal migrant crossing issue. Earlier this month, UK Home Secretary Priti Patel sparked a minor diplomatic row after reportedly saying at a closed event that migrants making their way from France to the UK across the Channel were doing so because “France is a racist country.”

Before that, Patel told French authorities that the estimated £30 million in aid requested by France to tackle the migrant problem would not be sent out unless the French side improved efforts to stop them from making the dangerous journey.

Calais Mayor Natacha Bouchart called the UK’s recent decision to deploy the Navy to help tackle the migrant problem a “declaration of maritime war,” and accused British leaders of “lecturing” their French counterparts amid the migration-related catastrophe facing the city.

Conservative MP Edward Leigh has quipped that perhaps the UK should reconquer Calais from the French to resolve the crossing issue. Either that or pay them the “few million to stop them [the migrants] on the beaches.”

Nearly 5,000 migrants have crossed the Channel into Britain so far in 2020, over double the roughly 1,800 who arrived in the country using the Channel in 2019.