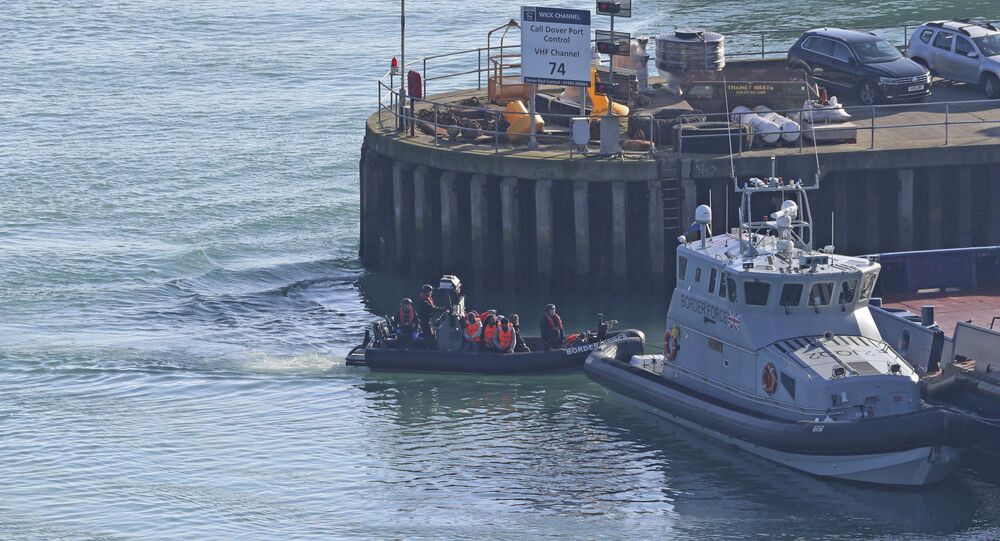 The United Kingdom has seen thousands of migrants, mostly from war-stricken countries in Africa and the Middle East, make the perilous journey across the English Channel from France, to arrive on British soil.

Around one quarter of migrants who have claimed to be children upon arriving in the UK after crossing the English Channel are actually older than 18, a source told The Sunday Telegraph citing council figures

More than 400 out of the 1,668 who stated they were under 18 to officials were found to be adults, after crossing from France and landing on the Kent coast

"Following age assessment, around 25 percent are assessed as being 18 or over. They will then almost definitely appeal this through the courts and the council pays all the legal fees", an unnamed Kent county council source said.

Refugee organisations have disputed the claim saying that age assessments are unscientific and are subject to errors.

"In fact, the problem is not people pretending to be younger than they are, it's age assessments that often put them as older than they are, and that has devastating consequences, leading to children in foster care being moved to adult accommodation".

This comes a week after the body of Abdulfatah Hamdallah washed up on a Sangatte beach, near Dunkirk after drowning while attempting the crossing. His friend, who is reported as 16, and survived by swimming ashore initially claimed that Hamdallah was around the same age but it was later revealed that Hamdallah was 28.

Hamdallah came from West Kordofan state in Sudan which borders Darfur and the Nuba Mountains which have been subject to civil war and social disarray for years.

People traffickers are reportedly using Facebook to advertise their services, telling followers that now is the best time to make the journey due to calmer waters and warmer weather.

4,999 migrants have crossed the Channel so far this year - a record number.