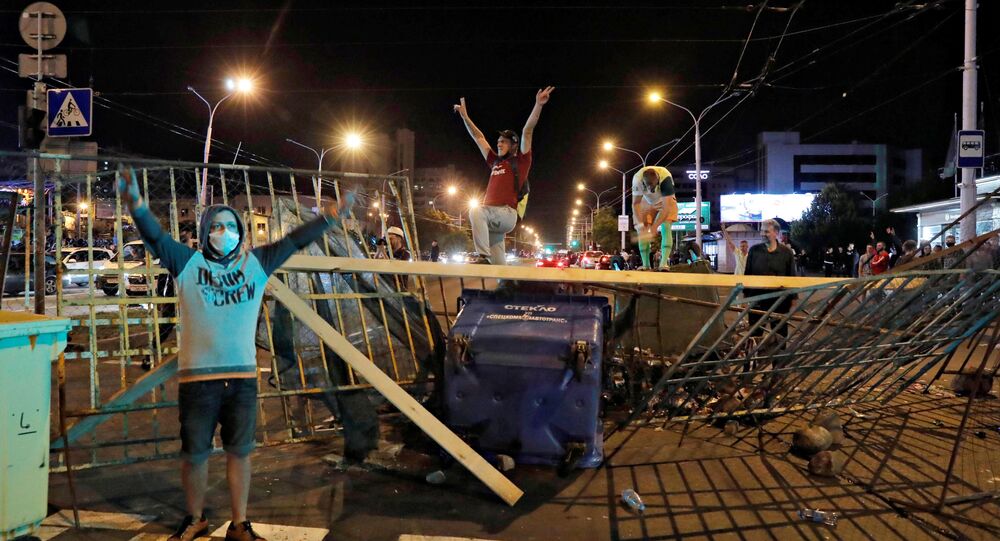 According to the country's election committee, early results of the election show that incumbent president Alexander Lukashenko has received 80.23 percent of votes, while his main contender, opposition candidate Svetlana Tikhanovskaya has won 9.9%.

Mass protests began in central Minsk on Sunday evening with people taking to the streets to express their dissatisfaction with the election results. Opponents of the Belarusian incumbent president Lukashenko claim that the votes were rigged.

Commenting on the election results earlier in the day, the office of opposition candidate Svetlana Tikhanovskaya demanded the "peaceful" transition of power from Alexander Lukashenko amid ongoing protests in the country.

The protests turned into clashes with riot police and, according to the country's interior ministry, some 3,000 people were detained during the rallies. At least 50 protesters and 39 police officers were injured during the clashes, the ministry added.