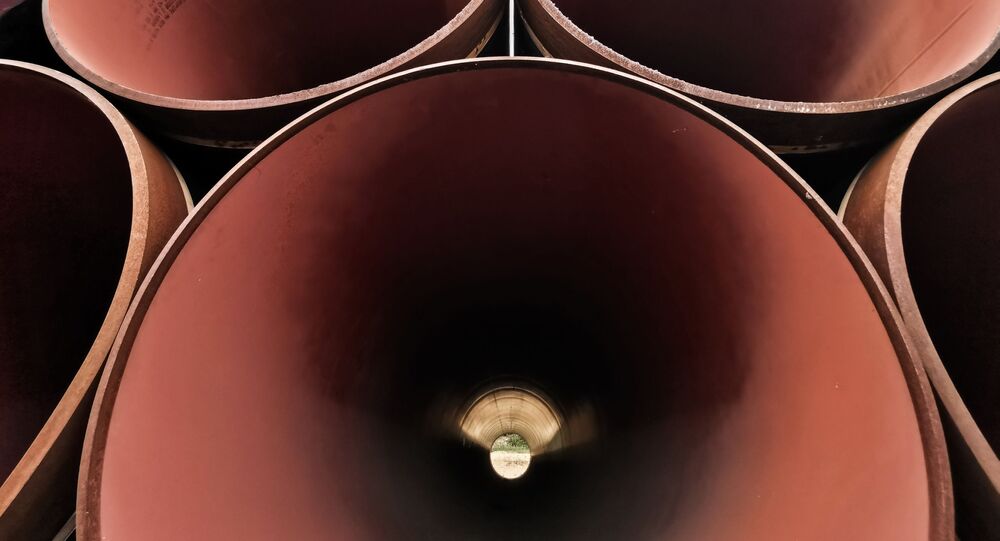 The undersea pipeline project, which has been subject to extraterritorial US sanctions since last December, is nearly 94 percent complete, but the United States is desperately trying to halt it through sanctions against the companies involved.

The Austrian energy company OMV has called for a “political response” to the latest US threat of sanctions against the Nord Stream 2 project.

The dispute around the natural gas pipeline is about the extent to which Europe will defend its independence, in particular as it pertains to its energy supply, the company’s chief executive Rainer Seele told the German newspaper Frankfurter Allgemeine Zeitung.

Seele added that it was up to politicians, not the companies, to respond. “However, as a European company, we expect politicians to work to ensure that Europe does not lose its attractiveness as an investment location,” he said.

OMV is among five European investors – along with Wintershall Dea, Uniper, Shell and Engie – which cover half of the total cost of the project, led by the Russian state-owned energy company Gazprom.

Uniper, which is based in Germany and controlled by Finland’s state-owned energy company Fortum, also told the newspaper “with regret” that the United States “continues to try to undermine an important infrastructure project that we believe is important for Europe’s energy security”.

The US Senate last week passed its version of the 2021 defence spending bill, which authorises new sanctions against Nord Stream 2. It has to be reconciled with the relevant House bill before it moves to President Donald Trump.

The bill effectively prohibits any companies from laying pipes, providing underwriting and services on the project, or providing port facilities for the ships involved. If approved, the bill will be enforced retroactively to December 2019.

© REUTERS / Axel Schmidt
The Russian pipe-laying vessel Akademik Cherskiy, which may be used to complete the construction of the Nord Stream 2 gas pipeline, lies in the port of Mukran, Germany, July 7, 2020

Late last year, US sanctions forced Switzerland-based pipe-laying contractor Allseas to withdraw from the project with just 160 km of the 1,230-km twin undersea pipeline left to be built.

Gazprom in response promised to build the remaining section of the pipeline independently, deploying the Akademik Cherskiy pipe-laying vessel to the Baltic Sea to get it done.

The United States, a major exporter of liquefied natural gas, has criticised and tried to stop the Nord Stream 2 project since the outset, claiming that it would boost Moscow’s economic and political influence in Europe and undermine the continent’s energy security.

Russia insists that the pipeline, which is designed to transport enough gas to supply 26 million households in Europe, is purely commercial.

The European Commission, as well as the governments of Germany and Austria, have opposed the US crackdown on Nord Stream.

In June, German Economy Minister Peter Altmaier accused Washington of “escalating this sanctions threat, which is extraterritorial and thus in conflict with international law”. Berlin is reportedly mulling over coordinated EU action to challenge the sanctions.