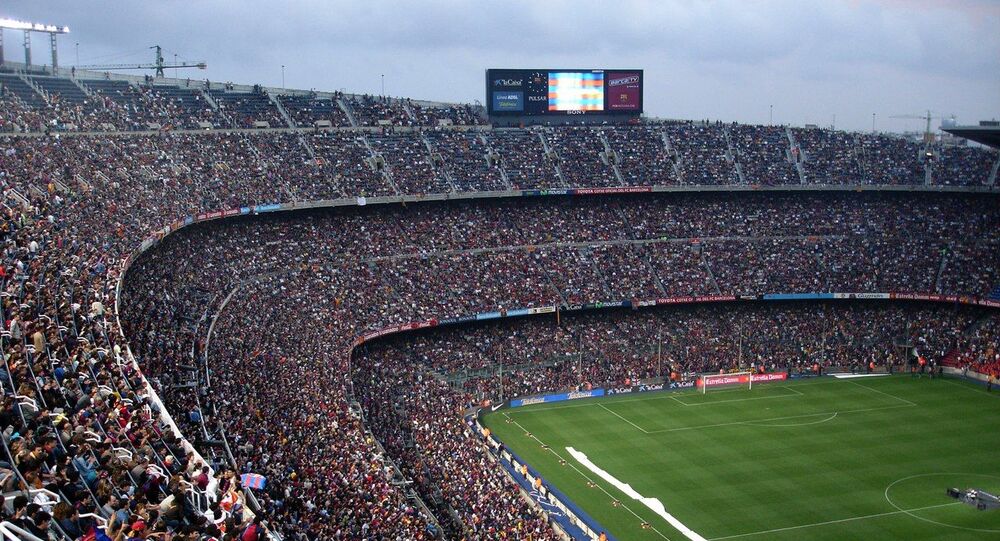 On 8 May, Spanish authorities arrested a Moroccan citizen suspected of plotting to carry out terrorist attacks in Barcelona at the behest of Daesh; the real extent of his plans have since been revealed.

The 34-year-old “lone wolf” terrorist from Morocco had planned to carry out an attack during a Barcelona-Real Madrid match by using a drone carrying explosives. However, his plan was suspended due to coronavirus restrictions as the games were cancelled, El Periodico revealed, citing police sources. These claims have not been officially confirmed by the Spanish authorities.

The man, whose name remained undisclosed, has spent 12 years in Spain. According to the Civil Guard, he first contacted Daesh* back in 2015. However, the process of his radicalisation reportedly “culminated” during the current coronavirus pandemic, as he lost hist job as a waiter in one of Barcelona’s cafes in mid-March and he moved in with one of his colleagues.

He was arrested on 8 May; the Civil Guard had started watching his suspicious movements around Barcelona and his increased level of communication with his Daesh mentor.

“He broke the confinement on a regular basis, he wandered through the streets of Barcelona, apparently aimlessly, almost always in the area of El Raval. We saw that he was recording himself with his mobile phone while making these tours,” the source told the outlet, citing the Information Office of the Civil Guard.

“He was in direct contact with foreign terrorists, the FTF (Foreign Terrorist Fighters). They were guiding him along the way and the things he had or could do within the individual jihad to redeem himself,” the source added.

During the lockdown, the former waiter swore his allegiance to Daesh. As the plan involving drones laden with explosives suggested by his mentor was suspended, the lone wolf was then set to carry out an “imminent attack” at a Barcelona supermarket or subway where he would stab people with a knife, the police suspected.

© REUTERS / Susana Vera
Spanish Civil Guards and Madrid police officers stand still during a minute of silence for victims of the coronavirus disease (COVID-19), at Puerta del Sol square in Madrid, Spain, May 7, 2020

Shortly before his arrest, he reportedly sent the following message to his mentor: “one of these days I’ll die. I’m going to be a meat mincing machine. I’m not afraid,” leaving little doubt regarding his terrorist intentions.

Spain's Civil Guard also detained a migrant from Guinea-Bissau in Madrid, who threatened to kill various state officials including King Felipe VI, while praising the actions of Daesh on multiple social networks. A number of terrorist attacks have occurred throughout Spain in the recent years, including Barcelona's La Rambla tragedy back in 2017, when a 22-year-old Moroccan native drove a van into a crowd of pedestrians, killing 13 people and injuring more than a hundred.

Earlier, the Norwegian military forces in Iraq warned that the terrorist organisation was taking advantage of the challenges posed by the coronavirus pandemic, as Daesh continues to call upon lone wolf terrorists around the Western world to carry out attacks in the cities where they live as ostensibly normal immigrants.

* Daesh, also known as the Islamic State, ISIS and ISIL, is a terrorist organisation which has been banned by Russia and throughout the world.