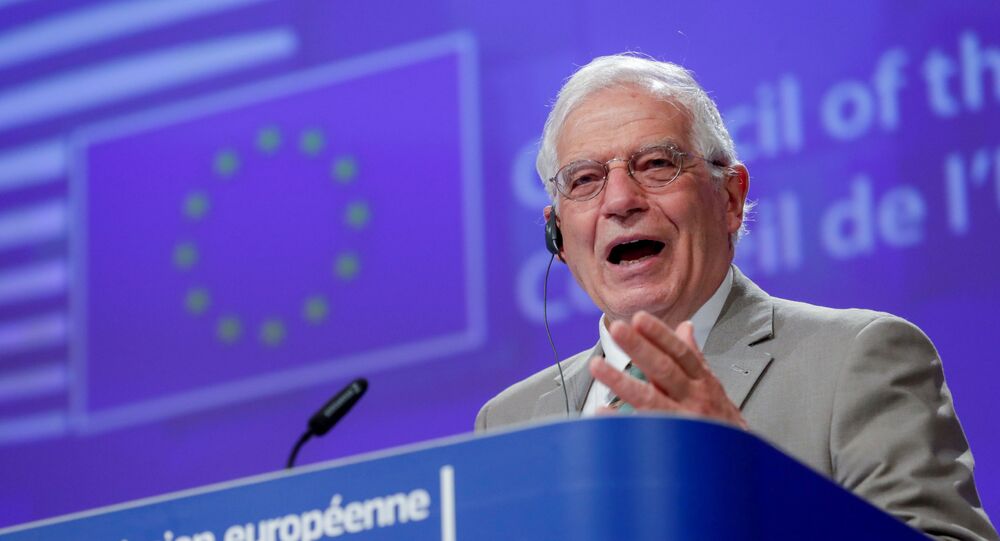 Josep Borrell has touted China as a "partner" state, going on to stress the necessity of maintaing "collective discipline" so as to stand up to "superpowers".

EU foreign affairs chief Josep Borrell has urged member states not to allow China to take advantage of a diplomatic standoff between them in order to impose their "state-centric" stance.

In an article published in several European editions on Friday the Spanish politician lauded China as a "partner country", cautioning the 27 EU member states though that they must must "act jointly against superpowers" while "maintaining the necessary collective discipline".

Borrell expressed concern over Beijing repeatedly "telling the world" about the aid they've sent to other countries amid the raging coronavirus pandemic, while the EU has avoided the politicisation of their own pandemic efforts without "making a fuss" about the "extensive support it provided while hospitals in China were overloaded".

"The change in the EU's relations with China has accelerated in different phases since the outbreak of COVID-19", Borrell wrote in his opinion piece.

"The key point is that we should support each other and show international solidarity -- and the European Union has always shown how committed it is here -- but that we should avoid political capital from such help to beat", Borrell stressed.

The European Union, in the footsteps of the US, has claimed that China is shying away the limelight and deflecting blame from their role in the COVID-19 crisis, with Washington, for instance, accusing the world's second biggest economy of playing down from the very start the scale of the epidemic and its origins.

A recent European Union report alleged Beijing was intentionally spreading disinformation about the coronavirus outbreak, which was first reported to have happened in China. However, as per a Reuters report, Chinese officials were "very angry" about the EU tending to appease Washington by echoing Trump's criticisms of the Chinese authorities.

Dwelling on cooperation issues in his op-ed, Borrell insisted trust and reciprocity are crucial for moving forward in order to ensure EU-China relations do not crack during and after the healthcare crisis.

The op-ed came out the same day that Chinese President Xi Jinping held a telephone conversation with Hungarian Prime Minister Viktor Orban in which the Chinese head of state affirmed they "support the United Nations and World Health Organisation in fighting the pandemic".

Xi assured the EU member state head that Beijing stands "ready to work with all countries" to rein in the spread of the novel virus, which has recently been reported to have re-emerged in China's Wuhan, with the authorities confirming a new cluster of infections there after the country eased lockdown measures in early April.

Trump Can't Decide to Cut Ties With China Over COVID-19 Outbreak on His Own, Analysts Say