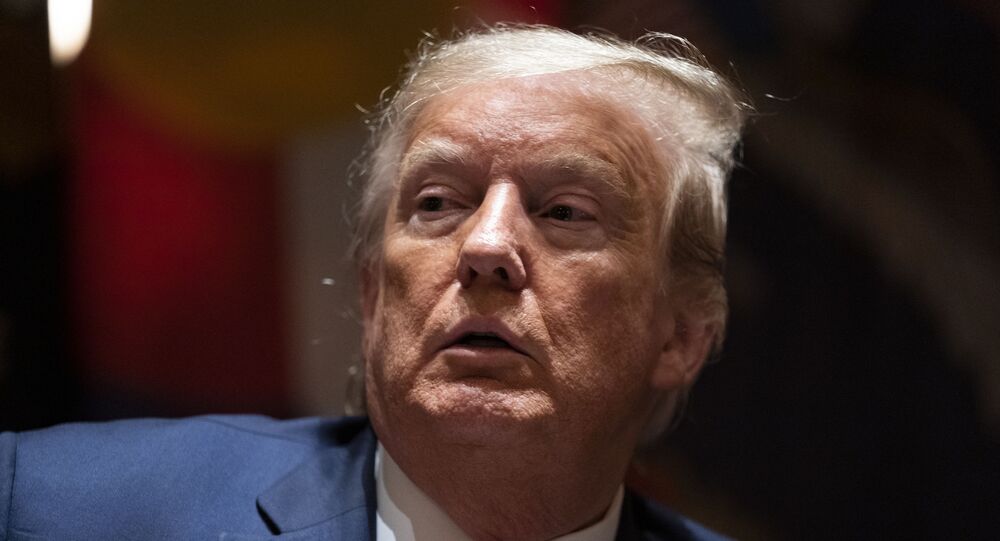 The president’s comments follow in the wake of increasingly bellicose statements by US officials in recent days threatening to sanction, sue or tariff China over its alleged mishandling of the coronavirus crisis. Beijing has warned that it would retaliate to any hostile US measures.

The United States could cut off diplomatic relations with China entirely over the coronavirus crisis, and save half a trillion dollars doing so, President Donald Trump has announced.

“There are many things we could do. We could cut off the whole relationship. Now if you did, what would happen? You’d save $500 billion dollars if you cut off the whole relationship. Look. at what point –and I’ve said this for years, I said it with other countries also, you know China’s not the only country ripping us off,” Trump said, speaking to Fox News on Thursday morning, with the $500 billion figure an apparent reference to the size of the US’s trade deficit with the Asian nation.

Asked if he had spoken to Chinese President Xi Jinping recently, Trump said he hadn’t. “I have a very good relationship, but right now I don’t want to speak to him.”

Trump also took aim at NATO, accusing America’s European partners of taking advantage of Washington on trade even as the US bears the lion’s share of the defence burden.

“At NATO, where we defend Europe for nothing by the way, essentially nothing, I was able to get them to pay hundreds of billions of dollars more. You know who my biggest fan is in the world? Secretary Stoltenberg…So we are defending Europe, and they are taking advantage of us on trade. It’s all one way and it was all turning and it is all turning around,” Trump said.

The president’s remarks on China came two days after it was revealed that his administration ordered federal pension assets not to invest in Chinese equities, and amid increasingly belligerent claims and statements by senior Republican lawmakers and governors demanding lawsuits and sanctions against China over its handling of the coronavirus. Officials have also floated the idea of new punitive tariffs against Chinese imports, and mulled punishing the country for the coronavirus by not paying Beijing back part of its multi-trillion dollar debt.

China’s foreign ministry slammed US lawmakers over their sanctions bill on Wednesday, accusing them of seeking “to start the investigation with a presumption of guilt” and “to shift their responsibility for the failure in the fight against the epidemic on China.”

The increasingly belligerent back-and-forth statements by Washington and Beijing come amid the continued global economic downturn in the wake of the coronavirus, which has spread to nearly every country and territory on Earth and helped to cause nearly 300,000 deaths over the last four months.