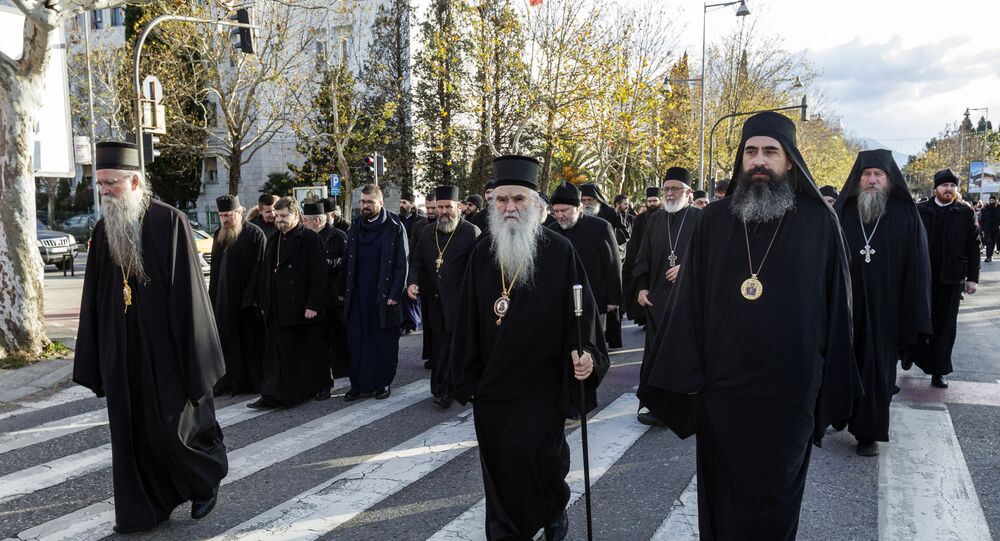 BELGRADE (Sputnik) – Serbian Orthodox Church Bishop Joanikije of Budimlye-Niksic and several other priests, who had been detained in Montenegro earlier this week, were released on Saturday and thanked people for their love and support.

Bishop Joanikije and other priests were released at 0:30 a.m. (22:30 on Friday GMT) after three days of detention over leading a religious procession to celebrate St Vasilije’s Day despite the government ban on public gatherings because of the coronavirus. Their detention caused protests in Montenegro despite the restrictions linked to COVID-19,

"First of all, I would like to thank you for your love and support. Your support is an expression of love toward the church", Bishop Joanikije said, addressing to his supporters.

He described the detention of priests as a slight misunderstanding.

"We had a slight misunderstanding with the authorities during these days. They have not demonstrated understanding, what the St Vasilije’s Day and the religious procession in Niksic mean for our people", Joanikije noted.

The bishop stressed that police officers were behaving correctly and in a professional manner during the priests' detention.

"We will continue to fight for religious freedom and the dignity of all people regardless of their self-identification and party membership. All of us need freedom and order in our state", Joanikije added.

Tensions rose between the Serbian Orthodox Church, which is followed by the majority of Montenegro’s population, and the government after the signing of a bill in December that turned the estates of religious sites into public property if they are unable to prove their right to ownership before 1918.

Protests broke out across the country, with demonstrators and the church saying that the bill is an attempt to seize property that will be then transferred to the self-proclaimed Montenegrin Orthodox Church.