According to the Montenegrin news portal In4s, one of the forms of protest used were graffiti of the old Serbian and Montenegrin red-blue-white flag on fences and buildings, often with the motto "We will not give up the shrine!"

The media outlet added that the communal area inspection tried to erase the flag off the surface of a building on Saturday evening but local youths resisted and did not let them repaint the wall. The police deployed tear gas and later stun grenades to disperse the crowd.

In late December, Montenegrin President Milo Djukanovic signed into law a bill that would turn estates of religious entities into public property should they fail to prove a right to ownership prior to 1918, the year Montenegro ceased being independent. 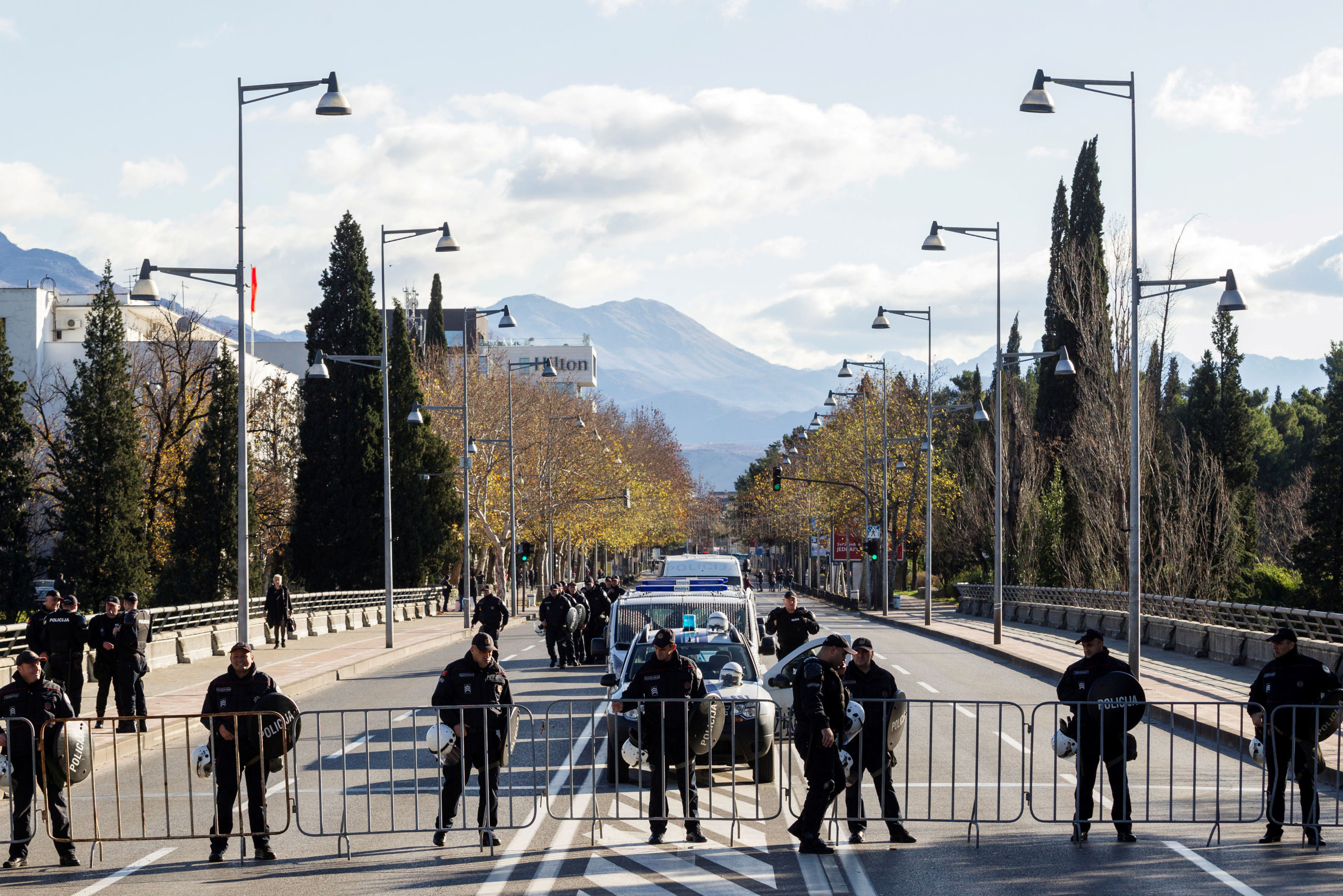 © REUTERS / Stevo Vasiljevic
Police near the parliament in Podgorica, Montenegro

The Serbian Orthodox Church, which is followed by the overwhelming majority of Montenegro's predominantly Orthodox Christian population, fears its assets such as ancient monasteries and churches could be seized and given to the self-proclaimed Montenegrin Orthodox Church.

Since then, Montenegrins have been holding massive peaceful processions and prayers in defence of the Serbian Orthodox Church's rights every Thursday and Sunday of the month. Tens of thousands of believers gather at religious processions throughout the country.