Is Government of Montenegro Trying to 'De-Serbianise' The Country With New Church Law?

The President of Montenegro, Milo Djukanovic, signed off on legislation on Saturday, 28 December, which would seize churches if the owners are unable to show building permits. What lies behind the controversial new law?

Protesters have been demonstrating in the Montenegrin capital against the law, which they say is part of a campaign of persecution against the Serbian Orthodox Church (SOC).

The "Law On Freedoms Of Religion" demands churches prove ownership before 1918, which was when Montenegro became part of the Kingdom of Yugoslavia.

​The SOC, which is followed by the overwhelming majority of Montenegro's predominantly Orthodox Christian population, fears the government will seize its assets, such as ancient monasteries and temples, and give them to the Montenegrin Orthodox Church.

Protests against the law began in Podgorica and other cities on Sunday, 29 December.

A video showed police officers apparently trying to interrupt a service at Podgorica's Church of the Resurrection while protesters in the suburb of Zeta threw firecrackers at police.

Nick Perich, a political consultant who lives in Toronto, Canada, said: “Failure to submit evidence of proper documents of religious sites dating back to the Middle Ages could enable the state to claim ownership of hundreds of religious buildings."

​Mr Perich said the law was contentious for several reasons: “Most of these religious sites were built in the 1200s when there were no proper building permits, but most importantly this targets the Serbian Orthodox Church, which is the most popular religious institution in the country.”

Since Montenegro broke away from Serbia in 2006 there have been growing tensions between the two countries. In 2008 Montenegro recognised Kosovo as an independent state and in 2017 it joined NATO.

​But despite political friction between Belgrade and Podgorica, they remain close and Serbia is Montenegro's biggest trading partner by far.

Mr Perich said: “The Montenegrin government, which is composed of the same leadership that separated Montenegro from a state union with Serbia, wants to further ‘de-Serbianise’ its population by confiscating property from the powerful Serbian Orthodox Church. Djukanovic has referred to the Serbian Orthodox Church as a 'leftover institution of Greater Serbia nationalism'."

Mr Perich said: “It will be extremely difficult for this law to be put into place and enforced because of the popular resistance we have seen in recent days.” 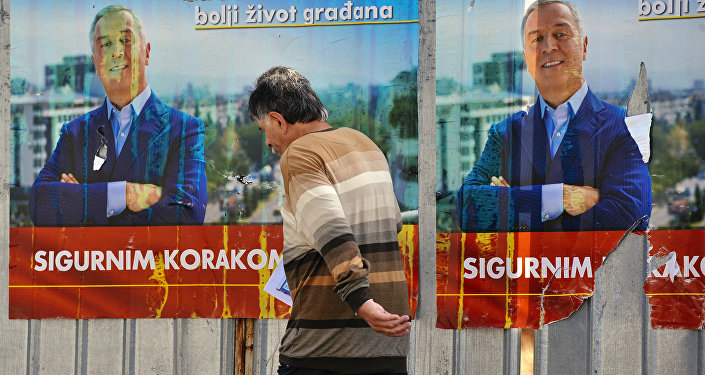 He said Djukanovic was "powerful, but not popular" and added: “This is the same government that in 2016 pushed a conspiracy that Russia had tried to launch a coup at the last election, without providing a shred of proof.”

But Mr Perich said there was a fear Djukanovic would seize Serbian Orthodox churches and hand them over to the Montenegrin Orthodox Church.

President Djukanovic has openly called for the "renewal" of the Montenegrin church, setting off tensions with Belgrade and with the opposition Democratic Front.

He said: “Djukanovic is very likely the wealthiest head of state in Europe. He has been in power since he was 30, and has amassed a fortune of several hundred millions dollars. He and his family control absolutely everything in Montenegro, except the churches. Now he’s coming for them too.”

"With all the problems currently plaguing Montenegro - a stagnant economy, a brain drain, crime and corruption, it is hard to imagine that nationalising religious property should be at the top of the agenda."

A video clip later appeared of him handing the Mayor of Podgorica an enveloped of cash and Knezevic told reporters he had been giving the DPS secret payments for years in order to do business.

Djukanovic has dismissed his allegations and said Knezevic is a "fugitive" who is wanted for fraud and money laundering.

Mr Perich said: "In a country as small as Montenegro it's quite easy to consistently win elections. With a large public sector, government employees are instructed how to vote come election time. Bosniaks and Albanians make up 13 percent of the population and they are routinely coerced into forming governing majorities with the DPS by stoking fears of the Greater Serbia bogeyman that seeks to take power if the DPS ever falls. Several cases of voter fraud have been reported, with video evidence available on YouTube."