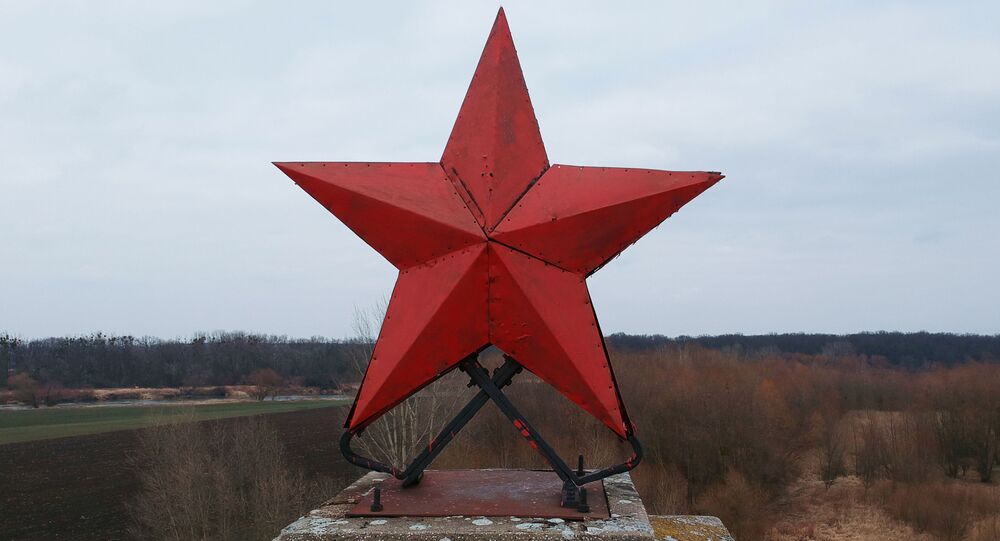 WARSAW (Sputnik) - At least 10 acts of vandalism against burial sites of Soviet soldiers and demolition of monuments have been committed in Poland in 2020, the Russian Defence Ministry’s office in charge of war memorial activities in Poland said.

The office, in particular, recorded seven acts of vandalism against burial sites and one against a monument, as well as two acts of unlawfully dismantling monuments and burial sites.

In the city of Gniezno, Greater Poland region, offensive inscriptions were painted on a central obelisk and its stairs at a burial site of Soviet soldiers at a local cemetery.

In the town of Leszno in the same region, local authorities dismantled a monument of gratitude to the Red Army. In the town of Wielun in Lodz region, a monument depicting Poles and Soviet soldiers as brothers in arms was demolished.

© AP Photo / Markus Schreiber
Unknown Vandals Put Swastika on Argentine Holocaust Memorial
In the town of Brodnica of Kuyavian-Pomeranian region, a monument at the graves of Soviet soldiers at a parish cemetery was doused with paint and tagged with the inscription "Antikomuna".

In the fall of 2017, Poland enforced amendments to the law banning propaganda of communism and other totalitarian systems. The legislation obliges local authorities across Poland to demolish Soviet monuments in public places. According to the Polish Institute of National Remembrance, it will apply to more than 450 monuments throughout the country, 230 of which are monuments to Red Army soldiers. The law does not apply to cemeteries and burial sites.