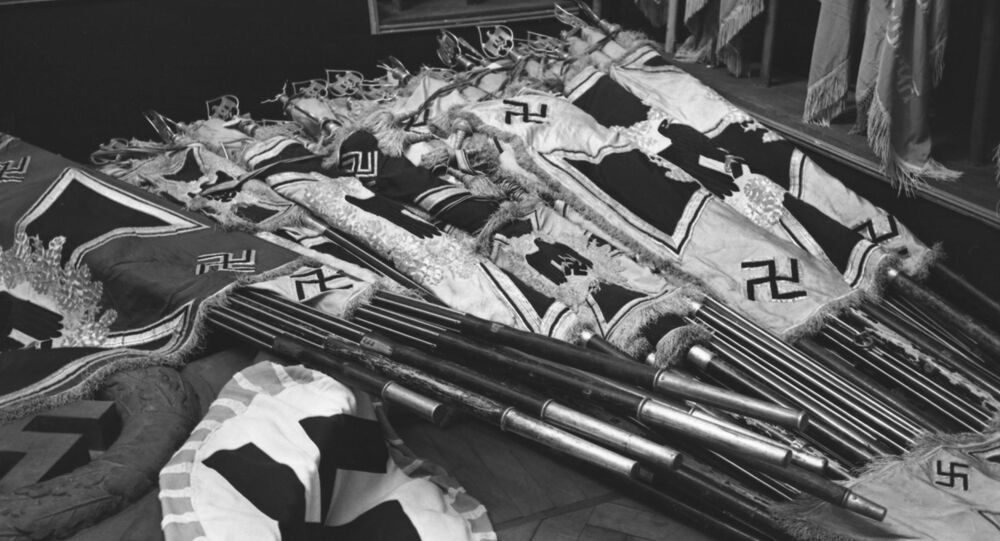 The US has once again been caught attempting to credit itself with defeating the Wehrmacht in the finale of World War Two, with netizens en masse rushing to accuse Washington of distorting historical facts.

Twitterians have gone wild, as on the landmark 8 May VE Day, the White House posted on its official account praise for the US and Great Britain - the countries that “had victory over the Nazis”, as the press service’s message reads, adding:

“America's spirit will always win. In the end, that's what happens.”

On May 8, 1945, America and Great Britain had victory over the Nazis!

"America's spirit will always win. In the end, that's what happens." pic.twitter.com/umCOwRXWlB

Internet users instantly started posting documentary pictures of Soviet soldiers raising the USSR's victory banner atop the Reichstag in May of 1945, thereby proving how far the White House post is from the historical reality.

What a Krock of Horse Manure (WhiteLIE House) ... The world gives thanks to the Soviets who did all the heavy lifting from Stalingrad (late 1942) and the outskirts of Moscow (late 1941). pic.twitter.com/QMbC7nf5gj

“Meanwhile after 24 million casualties…” one captioned a re-posted Soviet flag picture, referring to the tremendous losses that victory cost the Soviet Union.

“Straight up fabricating history”, another took a dig at the original tweet.

Absolutely false: It was the Soviet Union that defeated Nazi Germany, not the US and UK.

The White House is trying to rewrite history. pic.twitter.com/P1ShYFaMyK

“The US has tried for decades to erase this history to turn itself into the false hero”, another posted along the same lines.

Some even opted for a visual demonstration of the “mistake” by way of memes:

As per Russia's Permanent Representative to the United Nations Vassily Nebenzia, revision of history and alterations of facts have become widespread issues. The actual goal behind these methods is to present Russia as an international aggressor that seeks to threaten the very essence of the “free world”, he told a UN Security Council meeting on Friday.

The White House press service post is not the first time that the US has attempted to distort historical facts.

In late January, the US Embassy in Denmark posted on social media that the biggest Nazi concentration camp, Auschwitz, was liberated by the American Army. In the wake of the subsequent scandal at the diplomatic mission, the US admitted to making a mistake, coming up with a new post in which they referred to the incident as “accidental”.