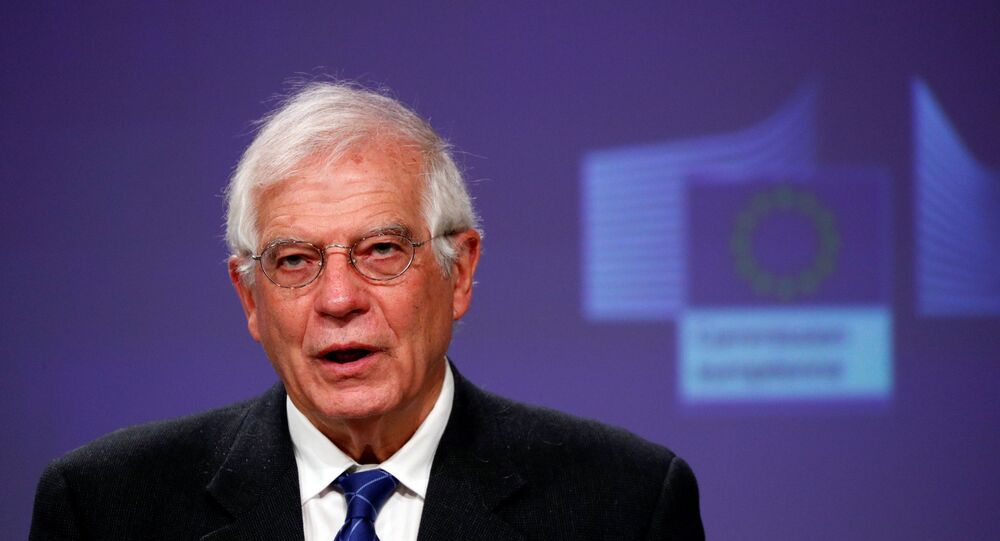 MOSCOW (Sputnik) - EU High Representative for Foreign Affairs and Security Policy Josep Borrell has proposed establishing a European military task force that will compliment and work in cooperation with NATO, the EU’s foreign policy chief said at a press briefing on Monday after EU defence ministers held a video conference.

Borrell praised the work of armed forces across the bloc for their efforts to slow the spread of the coronavirus disease and work in facilitating the building of field hospitals and ensuring deliveries of medical supplies. With the challenge of COVID-19 still looming, the EU’s foreign policy chief proposed establishing a task force to coordinate responses and efforts across the continent.

"We agreed with the ministers to explore how we could use the military expertise at EU level to support the exchange of information and the sharing of best practices among member states and to do so, we could set up a task force within the European External Action Service, led by the European military staff," Borrell stated.

Despite European countries requiring their own distinct alliance in order to liaise and respond to the challenges the continent faces, Borrell stated that any potential task force would also cooperate with NATO.

"This will be done in full compliance, in full coordination and complementarity with NATO. I can assure you there will not be a duplication of work, but it is important that we Europeans work together to ensure a coordinated effort and mutual support where it is needed, in full solidarity," he said.

Brussels is working diligently to protect the health of military and civilian personnel currently engaged in missions abroad amid the current health crisis, Borrell stated. However, the European Union is still trying to continue its missions wherever possible in order to avoid worsening security conditions, he added.

During a press briefing after Friday’s video conference of EU foreign ministers, Borrell called for the bloc to provide greater assistance to Africa during the ongoing COVID-19 outbreak. The EU also supports calls for a global ceasefire at the current time, he stated.