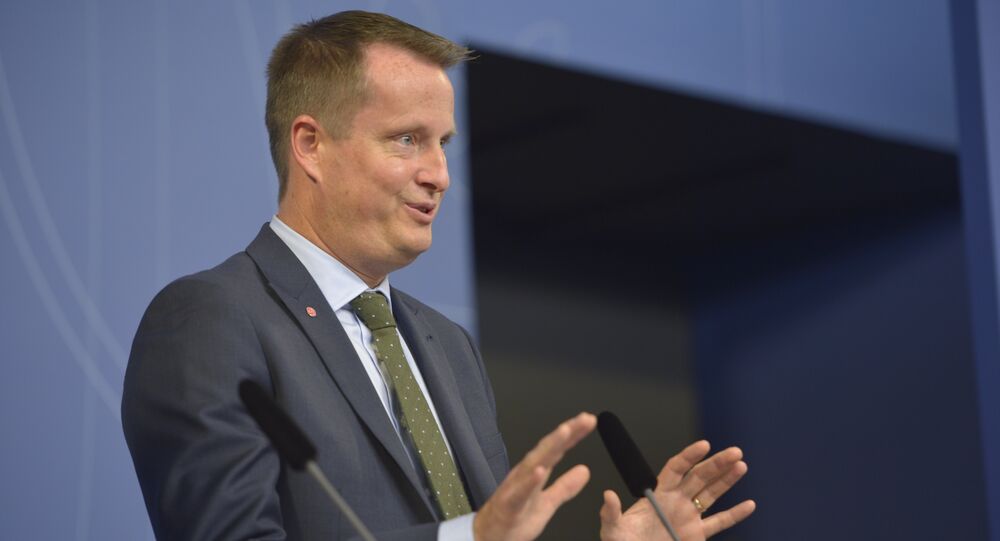 Anders Ygeman's claims of an attack on his Facebook page by “Russian trolls” over the future of 5G networks were previously dismissed by the Russian Embassy as paranoia. In reality, the over 2,000 comments turned out to have a local explanation.

Swedish Minister of Energy and Digital Development Minister Anders Ygeman has accused Russia of “destabilising the Swedish 5G debate” and targeting him in a Facebook attack. However, Swedish national broadcaster SVT found no foreign clues, as the over 2,000-comment long thread turned out to have been originated by an “ordinary Swedish grandmother”.

Earlier this year, Anders Ygeman said that every time he mentions 5G on social media he is attacked by hundreds of 5G-negative comments. He suggested that “Russian interests” were behind the attacks.

“There is a Russian competition political interest in disrupting and hindering other countries' development of 5G”, Ygeman ventured. “Obviously those comments can generate concern for ordinary Swedes. That must be the purpose of them”, Ygeman said.

While Dagens Nyheter, one of Sweden's leading dailies, ran an article called “Ygeman targeted in Russian attack”, Ygeman's allegations were dismissed by the Russian Embassy as paranoia.

“Our special congratulations go to Anders Ygeman. As we have learned, the popularity of his Facebook page has increased dramatically which we wholeheartedly congratulate him on!” the Russian Embassy wrote, adding that Russia would like to cooperate, but not with ministers “who suffer from paranoia in search of 'Russian trolls'”.

The recent research by SVT gave the Russian Embassy some merit. According to the research, the numerous replies were largely organised by a Swedish group against 5G founded by 64-year-old Katarina Hollbrink, who lives in Södermalm, Stockholm and describes herself as an “ordinary Swedish grandmother who is worried about radiation”. The minister's statement left her deeply surprised.

“I dropped my chin, it felt ridiculous. There were a huge number of people who commented on our request”, Hollbrink told SVT.

The group's members have on several occasions bombarded authorities, media and politicians' Facebook pages with criticism, questions, and links when they write positively about 5G. They consider themselves to be silenced by society and use Facebook as a tool to reach out.

Katarina Hollbrink is highly critical of Ygeman's conclusions and stresses that it is neither a bot attack nor Russian trolls.

“This is how you have to check carefully before accusing ordinary Swedish citizens of being a Russian trolls. I don't think it's that difficult to look up”, Hollbrink said.

“Ygeman's allegations of a Russian attack turned out to be Swedish activists. If the trolls are not at Sveavägen 68 [Social Democrats' headquarters], they are elsewhere in Sweden”, blogger Micke69 tweeted.

​“The danger of screaming 'Russian influence' for a reason and without is undermining credibility and resilience when it does. This is not the first time the Social Dems are lying about Russian influence operations. I personally can attest”, Moderate Party MP Hanif Bali tweeted.

​Ygeman served as Interior Minister between 2014 and 2017, but quit his post following a massive data breach scandal at the Swedish Transport Agency, when the opposition threatened a statement of no confidence. In 2019, Ygeman resurfaced as Minister of Energy and Digital Development.

The 5G debate in Sweden has long revolved around the role of the Chinese telecom giant Huawei, which has been designated as a security threat in several countries. As of today, Swedish mobile operators use a large amount of equipment from Huawei on Swedish mobile networks.

In February, the Swedish Post and Telecom Authority (PTS) announced that there will be no “Huawei ban”, as Sweden moves forward with its 5G rollout in the country.