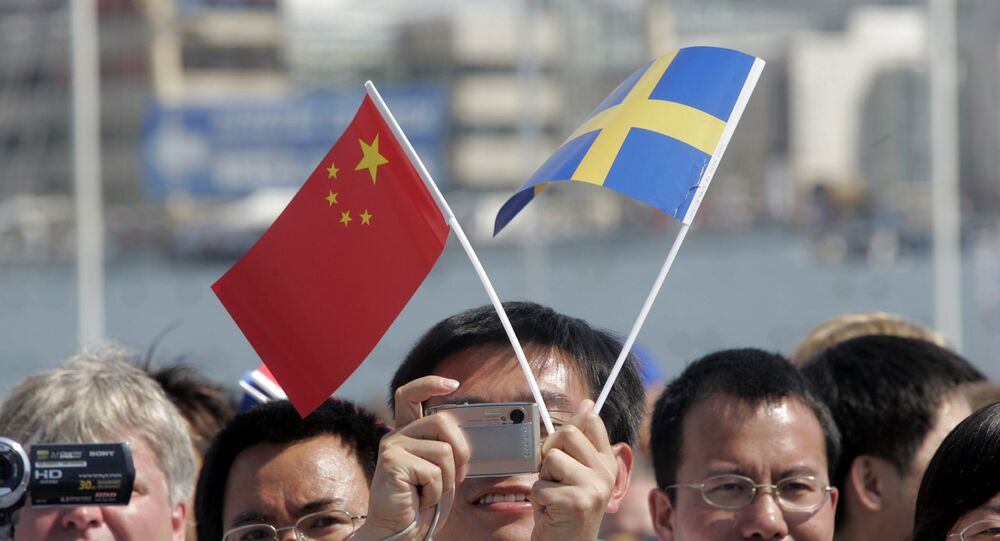 The recent stand-off over publisher Gui Minhai's verdict in China has sparked strong reactions in the Scandinavian country.

In response to Honkongese-Swedish publisher and author Gui Minhai being sentenced to 10 years in prison in China for allegedly providing a foreign power with intelligence, the Chinese Ambassador Gui Congyou has been summoned to the Swedish Foreign Ministry, Swedish Radio reported.

“We have always been clear in our demands that Gui Minhai be released to be able to reunite with his daughter and his family and that demand remains”, Foreign Minister Ann Linde said. “We are looking for all official information on the case that is available. And, of course, we demand immediate access to our Swedish citizen to give him all the consular support that he is entitled to”.

China's Ambassador Gui Congyou retorted that Gui Minhai is no longer a Swedish citizen, but only Chinese and thus this is none of Sweden's business.

“The case has been removed from the archive concerning consular cases between China and Sweden”, the Embassy of China in Stockholm said, as quoted by national broadcaster SVT. The reason, according to the embassy, is that Gui Minhai on his own initiative applied for Chinese citizenship in 2018, which resulted in him forfeiting his Swedish citizenship, as China does not allow dual citizenship. The embassy said China “respected Gui Minhai's will” to become a Chinese citizen.

The Swedish Foreign Ministry, however, disagreed strongly. According to SVT's sources, the EU will protest the verdict.

“He is a Swedish citizen. Swedish citizenship can only be terminated after examination and decision by the Migration Board”, press officer Buster Mirow Emitslöf said.

The Gui Minhai case has long been souring Sino-Swedish relations. Sweden has been campaigning for his release, the Chinese ambassador in November threatened “countermeasures” after Sweden’s Culture Minister Amanda Lind awarded the Tucholsky Prize by the Swedish Pen to Gui Minhai.

The recent verdict by the Ningbo court in Zhejiang Province also sparked strong reactions from the Swedish press and politicians. According to Moderate Party leader Ulf Kristersson, who strongly condemned China's actions, Sweden should do more to garner international support, including from the EU and the US. Several parties from the Left to the right-wing Sweden Democrats demanded that the Chinese ambassador be expelled. This claim, however, was flatly rejected by Foreign Minister Ann Linde, who said the ambassador is needed to get updates.

Magnus Fiskesjö, associate professor at Cornell University in New York, USA and former cultural attaché at the Swedish Embassy in Beijing in the 1980s, suggested that the judgement was an attempt to “put Sweden in its place”.

SVT correspondent Marie Nordstrand called the verdict “a harsh lesson for Sweden”, suggesting that “economic openness” was not necessarily a “step towards democratic values”. “And neither Swedish businesses nor Swedish politics seems to have been sufficiently important to make China budge even a millimetre on its decisions”, she concluded.

© Photo : YouTube/SVT Humor
'Be Careful': China Renews Travel Warning to Sweden in Toilet Scandal Aftermath
Aftonbladet's Anders Lindberg suggested that it is not the Chinese ambassador that should be banished but telecom giant Huawei, which has also been a source of perennial tension in Sweden. Last year, the Swedish Security Police SÄPO designated China the greatest threat to the country, alongside Russia. Suspicions of Huawei's complicity in the Chinese government's spying efforts are also a frequent topic in Sweden, despite being strenously denied by the company itself.

Gui Minhai is a Chinese-born author and book publisher. He is a prolific author of books about Chinese politics and political figures, having authored over 200 books. He was one of the driving forces behind the Hongkongese publishing house Causeway Bay, which is known for satirising the Chinese leadership.