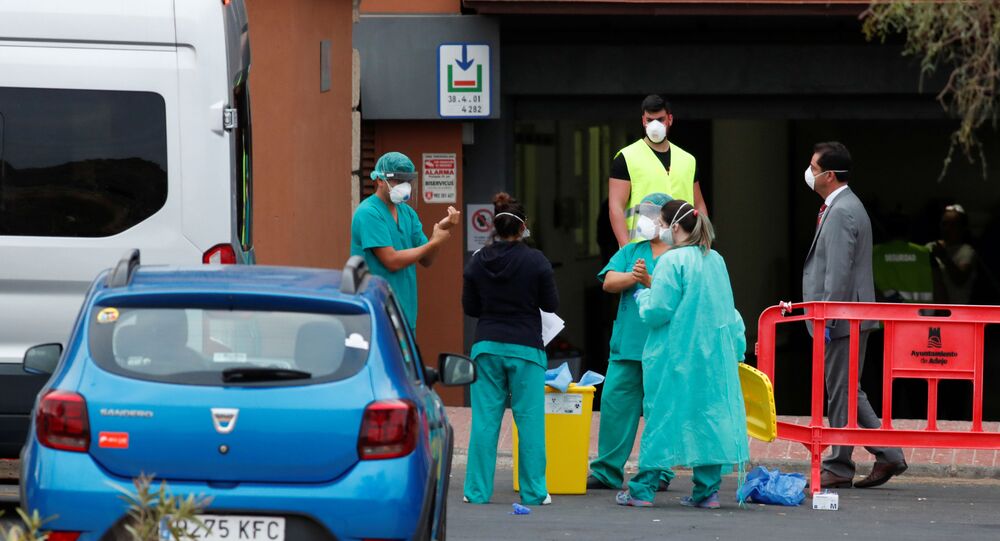 Madrid previously introduced strict quarantine measures, with the country occupying third place in the world in terms of the number of infected (almost 94,000) after the US and Italy and second in the number of fatalities (8,189 cases after the latest updates).

At least 849 people have died from the coronavirus in the last 24 hours, the Spanish Health Ministry stated on Tuesday. According to official data, despite the high numbers, the increase in percentage terms was lower than during the preceding days.

The news comes as medics are studying whether the current level of the outbreak is the peak in Spain, which remains one of the main centres of the pandemic in Europe.

More than 12,000 medical workers have been infected with the COVID-19 in the country so far, including the chief of the Centre for Coordination of Health Alerts and Emergencies, Fernando Simon.

In the meantime, the total number of infected is growing around the world, with almost 800,000 confirmed cases globally. At least 38,720 have succumbed to the disease, while 170,000 have recovered. Countries fight the outbreak by introducing travel bans, severe quarantine measures, and promoting self-isolation to curb pressure on health systems.