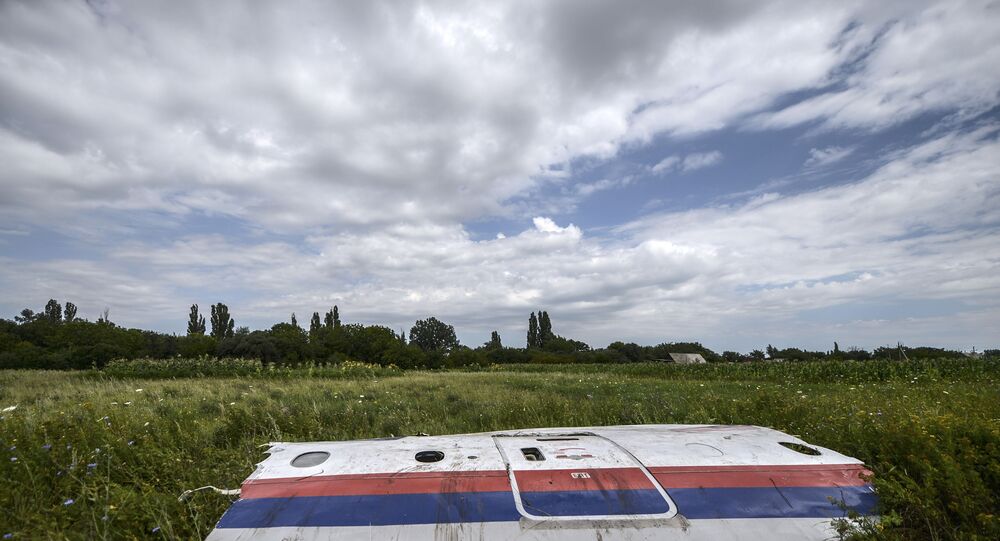 MOSCOW (Sputnik) - Dutch prosecutors are demanding that the court working on the crash of the 2014 crash of MH17 flight over Ukraine give quick formal approval to the suggested version of events, the spokeswoman for the Russian Foreign Ministry said Thursday.

"The unceremonious behaviour of the prosecutors was noticeable as they were openly pushing the hearing ahead and demanding that the court simply approve as soon as possible the suggested sole version of events", Maria Zakharova said.

The statement comes after a representative of a district court in the Hague said that since the Dutch court is not obligated to translate all the materials related to the MH17 crash case — with the case file consisting of 36,000 pages — the Russian defendant may be left without the possibility to study all the documents.

The hearings began at the Schiphol Judicial Complex on 9-10 March and will continue on 23 March. Russian nationals Igor Girkin, Sergei Dubinsky and Oleg Pulatov, and Ukrainian national Leonid Kharchenko are the defendants. Pulatov is represented by an international group, uniting two Dutch lawyers and one Russian lawyer, while the others are tried in absentia.

© REUTERS / PIROSCHKA VAN DE WOUW
MH17 Court Goes Into Recess Amid Accusations of Flawed Investigation, Weak Evidence
The accident is being investigated by Dutch prosecutors and the Dutch-led Joint Investigation Team (JIT). The Dutch-led JIT probe concluded that the plane was downed by a Buk missile, claiming that it came from the 53rd Anti-Aircraft Missile Brigade of the Russian Armed Forces, based near the city of Kursk.

The Russian Foreign Ministry has strongly refuted the conclusions as groundless and called the investigation "biased".