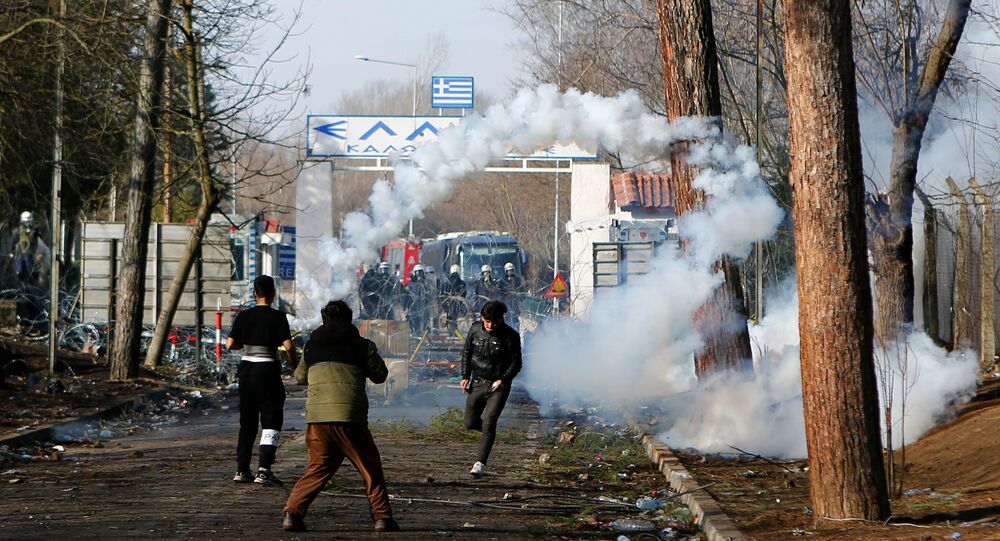 Thousands of refugees who have fled the war in Syria have amassed at the Turkey-Greece border, waiting to cross into the European Union. Greece, where more than 40,000 immigrants have already taken refuge in severely overcrowded camps, called the looming influx a national security threat.

European Commission President Ursula von der Leyen has announced the deployment of a Frontex rapid intervention team to reign in the refugees trying to cross into the EU from Turkey.

Von der Leyen, who is currently visiting the Greek-Turkish border, said the effort will include boats, aircraft and border guards. She also pledged to provide €700 million in financial assistance to Greece.

“The Greek worries are our worries,” von der Leyen told Greek Prime Minister Mitsotakis after visiting the border. She added that migrants “have been lured through false promises into this situation.”

It comes as more than 15,000 asylum-seekers gathered at crossing points on the border, camped out in the open, as they seek entry into the European Union.

Turkish President Erdogan last week announced that he would no longer stop them from attempting to cross into Greece, which said that around a thousand people had already reached its eastern Aegean Islands since Sunday morning.

Turkey, which hosts around 3.7 million Syrian refugees, opened the migrant floodgate in what Greece views as an attempt to leverage European support for his conflict with Syria’s Bashar al-Assad.

The Greek development minister, Adonis Georgiadis, has called the episode “an organised invasion from a foreign country”, while the government refuses to open its side of the border and Greek patrols try to prevent the refugees from coming in.

“Do not try to enter Greece illegally — you will be turned back,” Mitsotakis tweeted on Sunday.

German Chancellor Angela Merkel, the architect behind Europe’s open-door migrant policy, has criticised Erdogan’s move. “The Turkish president doesn't feel fully supported at the moment,” she told reporters in Berlin, adding that his decision to open the borders was “completely unacceptable”.

There are already some 40,000 refugees and asylum seekers who have taken refuge on Greek islands such as Lesbos, Samos and Chios. Greece has struggled to accommodate all the newcomers, who are living in extremely overcrowded and bad sanitary conditions.

A child died on Monday after a boat carrying 48 migrants from Turkey capsized off Lesbos, in what is thought to be the first reported death since Turkey opened its western borders.