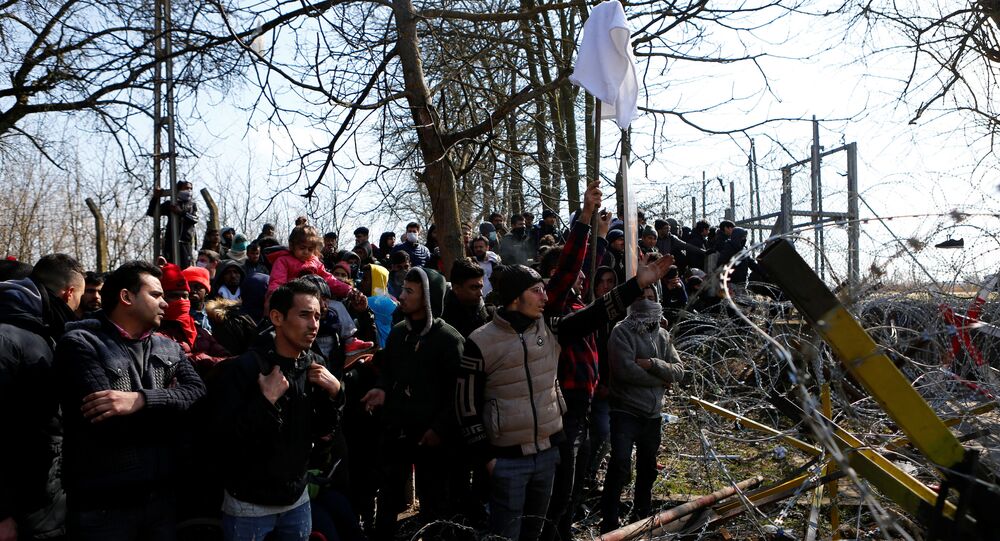 ATHENS (Sputnik) - Greece considers the build-up of migrants on its northeastern border with Turkey a threat to the national security, a government spokesman said Sunday.

The Greek authorities estimated that some 15,500 migrants tried to cross over into Europe since Saturday night, after Turkey said it would no longer stop them from going.

"In these circumstances, the situation presents an active, serious, exceptional and assymetrical threat to the country’s national security," Stelios Petsas said.

He accused Turkey of using migrants as "pawns" to exert diplomatic pressure on Europe. Instead of stopping people from entering, he said, it has been encouraging efforts to force their way into Greece.

In response, Greece will stop accepting asylum requests for a month and expedite repatriations of migrants coming to the country illegally.

It will also send more troops to the border, bolster coast guard patrols near Turkey and ask for assistance of the EU border protection agency Frontex.

In the meantime, European Council President Charles Michel tweeted he will inspect the Greek-Turkish border on Tuesday amid reports that thousands of migrants are trying to force their way into Europe.

​The senior EU official said he would be accompanied on his trip to the border by Greek Prime Minister Kyriakos Mitsotakis, whose government has declared the migrants a threat to the national security.

Turkish Prime Minister Recep Tayyip Erdogan announced on Saturday that Ankara opened its borders to the European Union to Syrian refugees citing the lack of promised assistance as the reason. Greece, in its turn, shut its borders and sent military equipment to prevent migrants from entering the country.