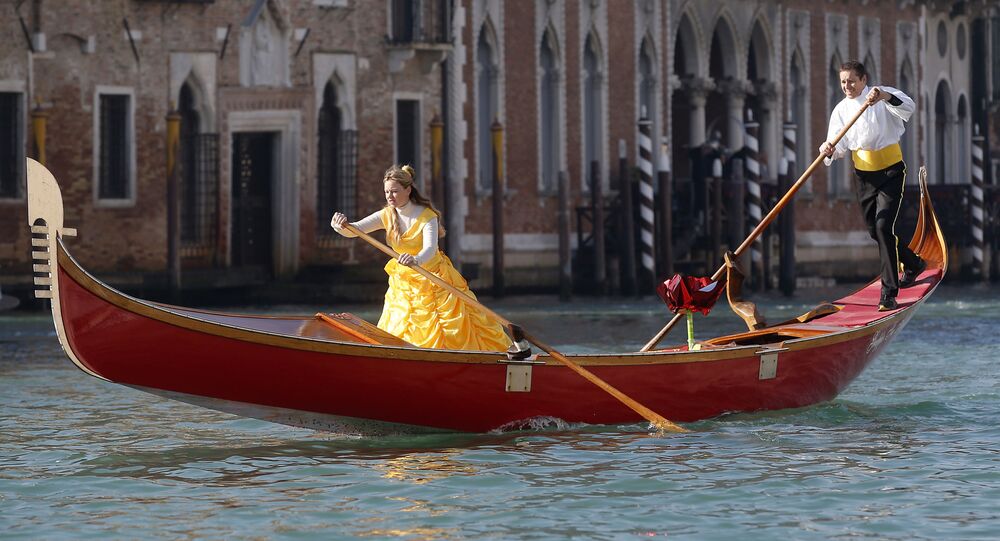 The Italian city, which attracts millions of tourists each year, was largely spared during the Second World War, even though the Allies, namely the British Royal Air Force, hit German naval forces operating there in 1945. Still, workers repairing sewer lines in the city’s industrial area stumbled upon a 225-kilo bomb from the war period.

About 3,500 residents in Venice’s port area Marghera were evacuated in the early morning on Sunday as specialists had to defuse and then explode a World War II-era bomb that was found during repair work in the sewers. The authorities halted all traffic, including boats, buses, and trains, and prohibited flights at the city’s Marco Polo Airport for several hours.

As the commander of the army regiment that carried out the operation, Gianluca Dello Monacco, explained to the Italian broadcaster Rai24, the precautions were needed as there was a danger that the bomb could explode.

© AP Photo / Ariel Schalit
Video: Royal Navy Detonate World War II German Bomb Discovered in 17th Century Shipwreck
The giant bomb, which contained 129 kilos of explosives and weighed about 225 kilos in total, was discovered in January when workers were excavating in order to repair sewer lines in a mostly industrial area, separated from the historical part of the major tourist centre.

After the residents were evacuated, the military successfully stripped the fuses from the bomb, which was later carried taken on board a ship to a remote part of the Adriatic Sea and detonated, offering a spectacular show. The Commune of Venice shared a video of the explosion under the hashtag #BombaDay