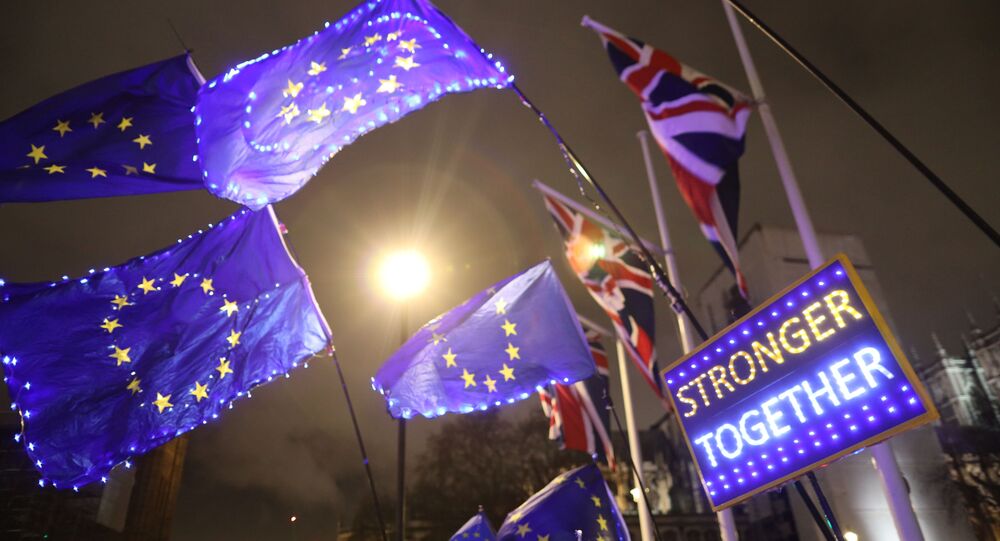 The United Kingdom is on the verge of finally leaving the European Union on Friday after 47 years of being part of the bloc and its predecessor organisations. The formal divorce that is to take place at 23:00 GMT, however, will be only the first step toward the next chapter of the EU-UK relationship.

Hours prior to the divorce, UK Prime Minister Boris Johnson is set to address the nation, announcing the beginning of a new era for the country.

The prime minister will also have a cabinet meeting in Sunderland - the first city to support the leave motion in 2016, with more than 60 percent of the population voting in favour of Brexit.

As for the festive part of the divorce, Downing Street is expected to be lit up with a light show, and Parliament Square will be decorated with union flags.

© REUTERS / FRANCOIS LENOIR
Bumpy Road to UK-EU Divorce: Pivotal Moments Leading Up to Brexit
Following the formal Brexit this evening, the UK will enter an 11-month transition period, during which several aspects of everyday life for UK and EU citizens, such as travel, will remain the same as before.

Within the period, the UK will still have the same trade deals with the EU as before, but will be able to negotiate new trade deals with the bloc as well as with other countries. Besides that, the two parties - the UK and the EU, will have to seal a number of bilateral deals in various spheres, including security and fishing.