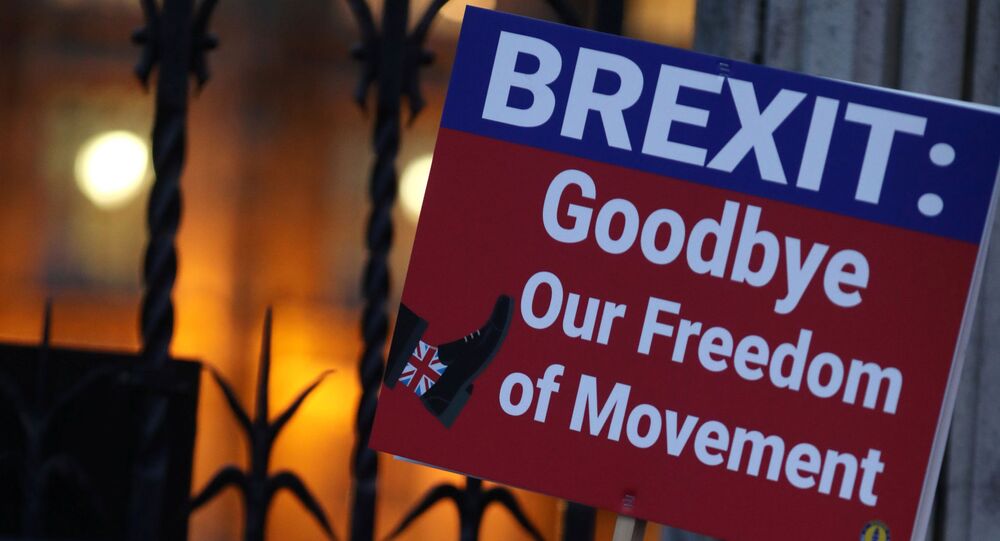 LONDON (Sputnik) - The United Kingdom risks being subjugated by the United States in post-Brexit trade relationship, with the fall in standards and "marketisation" of public services also presenting major looming risks, according to the Green Party’s home affairs spokesman.

"Certainly bullish negotiating tactics by US, already in evidence over Huawei, demonstrate the dangers of our future trading relationship being dominated by US interests. The increased marketisation of our public services and reduction in food and farming standards is a serious risk", Shahrar Ali said Thursday.

Asked whether he believed that the UK and the EU would manage to strike a trade deal within the remaining 11 months before the transition period's end, Ali did not rule out that the process "may go beyond the year".

"But the main milestone has been achieved and there's really no meaningful chance of going back now. No deal has also been averted", he added.

© Sputnik / Demond Cureton
'Festival of Brexit is Largely Ridiculous' - Journalist
Now, with the government set to enter key trade talks, he went on, the UK needs a strong opposition more than ever to ensure "meaningful accountability" amid the Conservative Party's considerable majority in parliament.

With Brexit around the corner, the UK much hopes for new trade deals with countries across the world. The "ambitious" deal with the US is considered a priority.

Yet, the opposition accuses the Tory government of readiness to sell out national interests to the US and put the National Health Service "on the table" in the potential deal. The Downing Street refutes the claims.