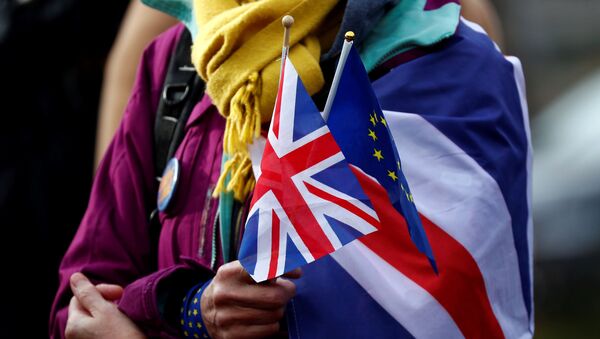 © REUTERS / FRANCOIS LENOIR
Subscribe
International
India
Africa
Svetlana Ekimenko
All materialsWrite to the author
Britain’s 47 years in the European Union will come to an end at the stroke of midnight Friday, 31 January, launching an 11-month transition period that will preserve the status quo ahead of the 31 December deadline for Britain and Brussels to negotiate a free trade deal.

Starting with the referendum of 2016, the Brexit saga has enjoyed some profoundly pivotal cliff-edge milestones that led the UK to the current moment; it is poised to break away from the EU on 31 January.

Here are some of the events that left their indelible trace on the process leading up to the country’s impending divorce with the bloc.

The majority of those who voted chose to leave the European Union, with 51.9 percent of the vote, versus 48.1 percent voting to remain. 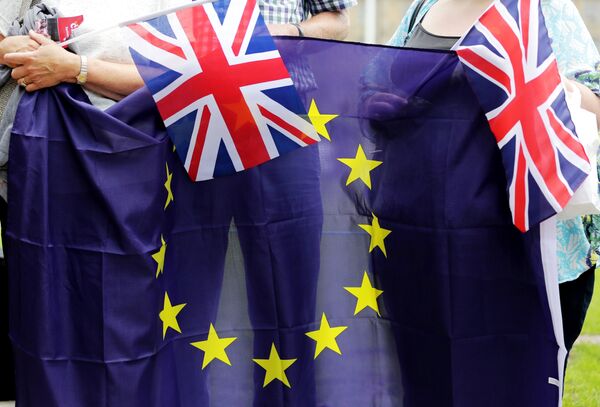 People hold Union Flags and the EU flag at a kiss chain event organised by pro-Europe 'remain' campaigners seeking to avoid a Brexit in the EU referendum in Parliament Square in front of the Houses of Parliament in central London on June 19, 2016.
© AFP 2023 / Daniel Leal-Olivas

The UK government formally announced the country's withdrawal in March 2017, triggering the beginning of the Brexit process.

Membership of the EU and the European Economic Community which preceded it had long been a topic of debate in the United Kingdom, as earlier, in May 2015, following a Conservative Party manifesto pledge, a legal basis for the EU referendum was established through the European Union Referendum Act of 2015.

Immediately after the referendum result, on 24 June, David Cameron announced that he would resign as Prime Minister and Leader of the Conservative Party, having campaigned unsuccessfully for the country to remain in the European Union. 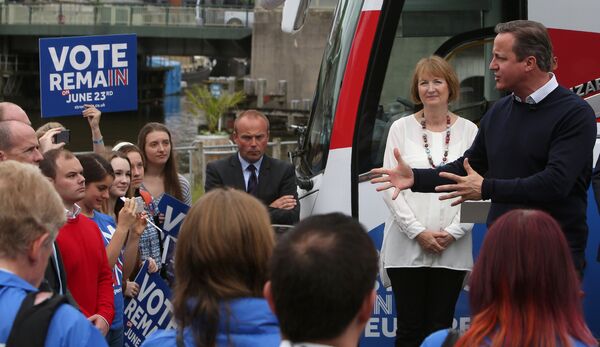 'Embattled' Theresa May In, Cameron Out

David Cameron was succeeded by Theresa May on 13 July 2016. May had won the contest on 11 July 2016, after the withdrawal of Andrea Leadsom left her as the sole candidate.

Former Mayor of London Boris Johnson, originally touted by some as a frontrunner, had chosen not to run after Michael Gove withdrew his backing and announced his own candidacy. 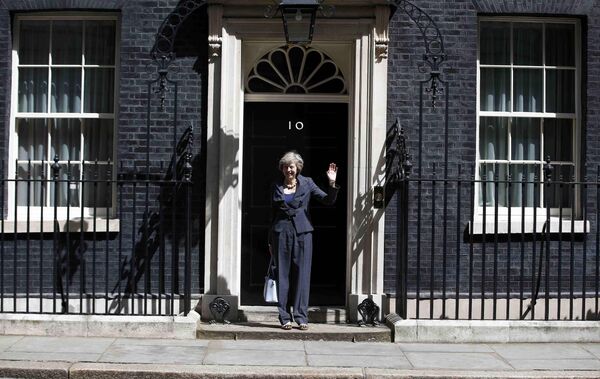 Britain's Home Secretary Theresa May, who is due to take over as prime minister on Wednesday, waves as she leaves after a cabinet meeting at number 10 Downing Street, in central London, Britain July 12, 2016
© REUTERS / Peter Nicholls

In April 2017, Prime Minister Theresa May sought to try and increase her Commons majority with a snap general election set for 8 June 2017. At the time she intimated that her reason was to strengthen her hand in the Brexit negotiations, as official talks with the EU were due to start in mid-June.

The prime minister’s decision was to have disastrous consequences for her ability to conclude a deal with the European Union.
The snap general election in the UK called by PM Theresa May resulted in a hung Parliament, as the governing Conservative Party remained the largest single party in the House of Commons but unexpectedly lost its small overall majority.

May found herself losing the authority to force compromise on the House of Commons, with the MPs, rather than the government, able to control the parliamentary agenda.

The Government announced a new Bill to enshrine the Withdrawal Agreement between the UK and the EU in domestic law on 13 November 2017. Soon after, Theresa May suffered her first House of Commons defeat over Brexit.

Conservative rebels inflicted a humiliating defeat on May in the Commons as they backed an amendment to her European Union withdrawal bill over parliament’s right to a meaningful vote on the Brexit deal. The government had lost by 309 votes to 305. 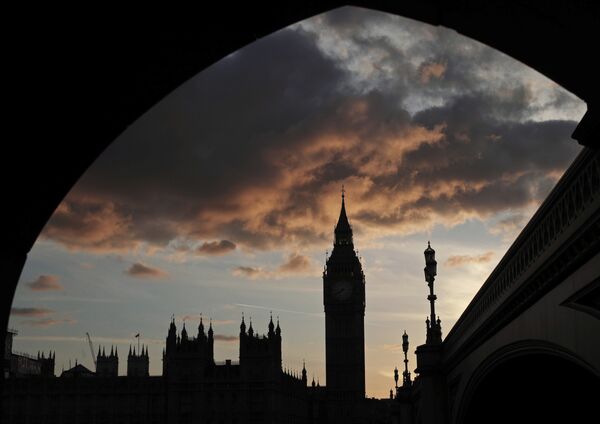 A silhouette of the Houses of Parliament and Elizabeth Tower containing Big Ben, center, at dusk, in Westminster, London
© AP Photo / Yui Mok

The amendment, tabled by former attorney-general Dominic Grieve, was portrayed as a safeguard to ensure the government could not impose a Brexit deal on parliament against its will.

In reality it was to enshrine in law the concept of the “meaningful vote” – something that was destined to thwart the Prime Minister’s attempts to force her deal through.

The amendment subsequently paved the way for parliament to reject May’s Withdrawal deal three times while forcing two extensions to Article 50 on the government.

Prime Minister Theresa May survived a vote of no confidence in her leadership on 11 December 2018 after Conservative MPs voted to back her by 200 to 117, buying her more time to try to sell her unpopular Brexit deal to the divided parliament.

The no confidence motion was laid by Jeremy Corbyn, the Leader of the Labour Party and Leader of the Opposition, after the government had lost a Commons vote to secure parliamentary backing for Theresa May’s Brexit deal on 15 January.

On 13 March 2019, MPs inflicted two more defeats on PM Theresa May, rejecting the notion of Britain leaving the EU without a deal and clearing the way for Brexit to be delayed.

The following day MPs approved a motion to seek permission from the EU to extend Article 50.

On 21 March 2019 the European Union EU27 leaders agreed on a plan to delay the Article 50 process, postponing Brexit beyond 29 March.

Theresa May’s Brexit deal was rejected for a third time by MPs on 29 March 2019, with the Commons vote held on the day when Britain was meant to be leaving the European Union.

Despite the embattled prime minister’s promise earlier that she would hand over the keys to 10 Downing Street if her Tory colleagues backed the withdrawal agreement, parliament voted against it by 344 to 286.

Brexit was originally meant to happen on 29 March 2019, but the deadline was delayed twice after MPs rejected the deal.

To avoid a no-deal scenario, an extension was sought, and after the 10 April European Council special meeting, London received a flexible Brexit extension until 31 October. 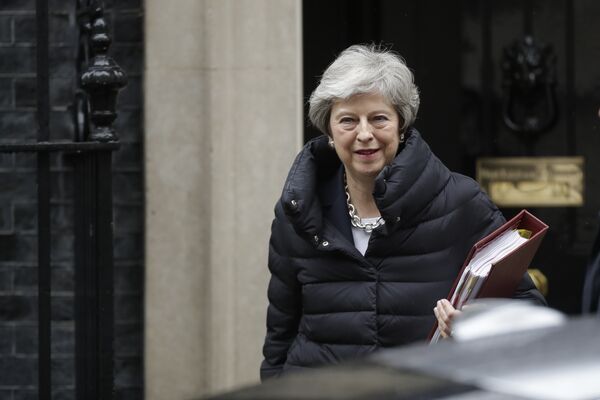 On 23 July, former London mayor Boris Johnson, was elected the new Conservative leader in a ballot vote of party members and was on course to become the next UK prime minister.

In late October 2019 Chuka Umunna, a former Labour MP who had defected to the Lib Dems, persuaded Party leader Jo Swinson to drop its opposition to the election Johnson sought.

Until then opposition parties had Boris Johnson gridlocked, as the fixed-term Parliaments Act meant he did not have the numbers in the Commons to force an election.

Once the Lib Dems had strategically altered their stance, Labour had no choice but to support an election as well.

This allowed him to end three years of political wrangling and deliver on his vow to take Britain out of the European Union by 31 January. 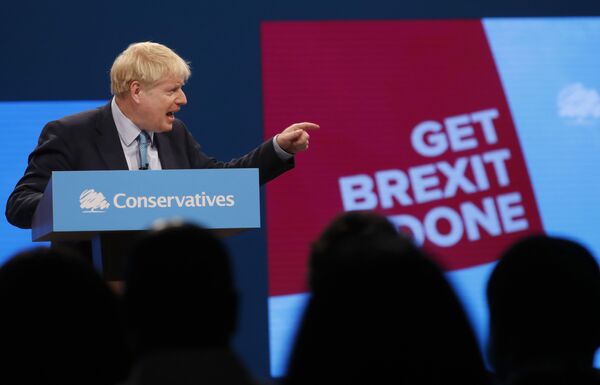 For Johnson, who campaigned on a vow to "Get Brexit Done", the poll victory was a vindication after the gridlock he had faced in parliament as he led a minority government.

After the House of Commons stalled his Brexit deal at the end of October, he had called the election two years ahead of schedule in hopes of winning a clear majority.

On 22 January 2020 the Brexit Bill cleared the UK parliament and, approved after the House of Lords decided to back down after its five amendments were rejected by the House of Commons.

The following say, 23 January, Queen Elizabeth II signed the Brexit Bill outlining the terms of the UK's withdrawal from the European Union on 31 January, setting the stage for Brexit to become a reality.