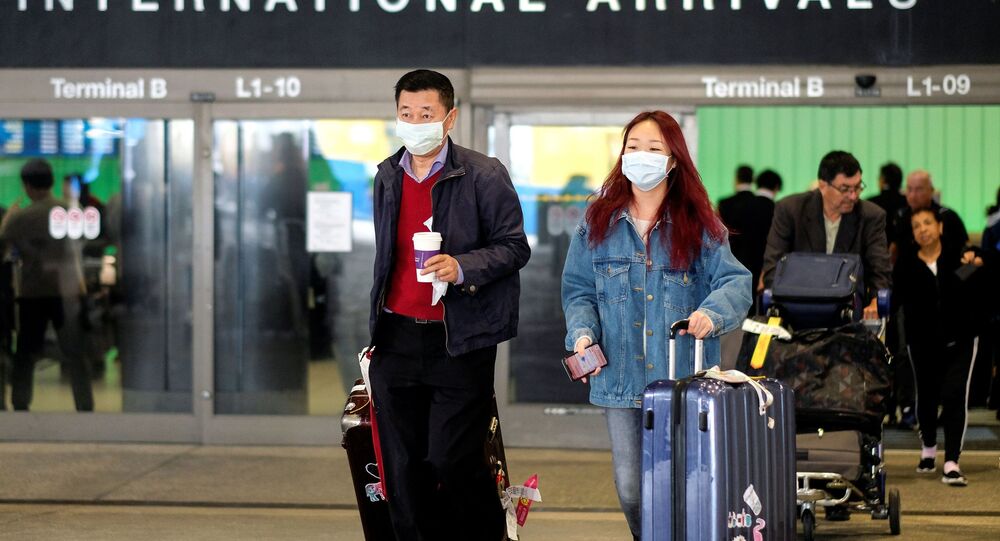 ROME (Sputnik) - Italian Prime Minister Giuseppe Conte has confirmed the first two cases of a new coronavirus in his country.

"We had two suspected cases and have just received new information. They [the cases] have been confirmed," Conte said at a joint press conference with the country's Minister of Health Roberto Speranza on late Thursday.

According to the prime minister, the infected persons are two Chinese tourists, who arrived in Italy several days ago.

"We have taken all the measures to isolate these two cases," Conte said, adding that additional preventive measures could be applied against vehicles and people with whom the Chinese couple had come into contact.

The prime minister also announced that Italy is suspending flights to and from China.

Italy joined a long list of other countries and airlines around the world that previously canceled flights to and from China amid the threat of the infection, including American Airlines, Delta, United Airlines, British Airlines, Lufthansa, Finnair, EL AI, Scandinavian Airlines, Air India, Air Canada and others.

Italy became the 19th nation, which has registered the new coronavirus outside China that is an epicenter of the epidemic.

Since the beginning of the outbreak in the Chinese city of Wuhan, over 60 cases of infection have been registered in the 19 countries, including in Thailand, Germany, France, the US and Australia, but no deaths have been reported outside China.

The new strain of coronavirus was first detected last December in Wuhan. The epidemic has already left 170 people dead in China as well as over 7,800 more infected globally.

Earlier today, the World Health Organization (WHO) declared a public health emergency of international concern over the outbreak of coronavirus.

Say What? Coronavirus to ‘Accelerate the Return of Jobs to North America’ - US Official

Live Video: WHO Holds Meeting to Decide on Whether to Name China's Coronavirus 'Global Emergency'