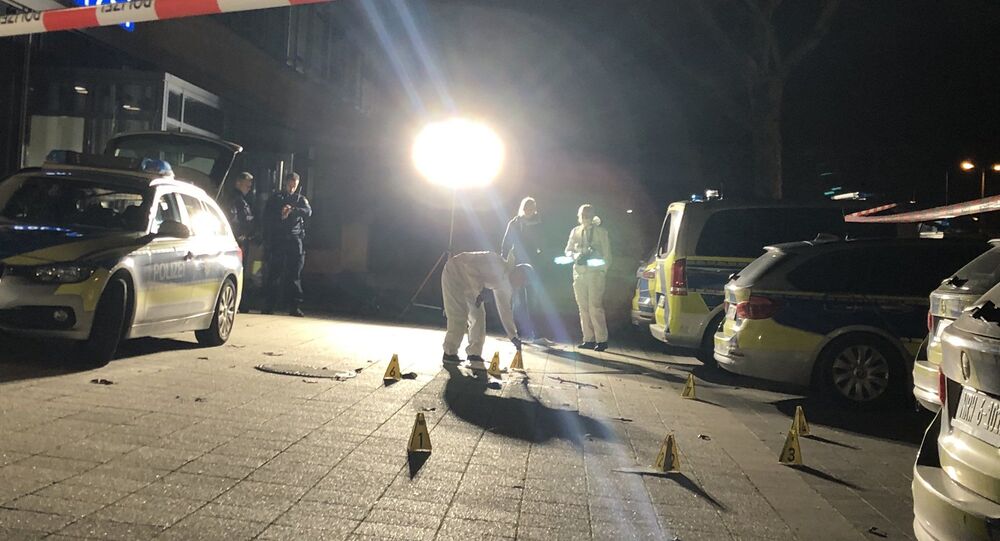 German police reportedly killed a Turkish national in the city of Gelsenkirchen after the man attacked patrol officers with a knife. The suspect reportedly had a long record of violent crimes.

The incident occurred at approximately 19:40 local time on Saturday. German media said, citing a spokesman for Gelsenkirchen police, that 2 officers preparing to start their shift were standing near a patrol car when a man suddenly hurled an object towards their vehicle.

The officers tried to apprehend the hooligan who then drew a knife from his pocket and attempted an attack. The suspect was killed but not before he was heard to be yelling "Allahu akbar“.

The local area was immediately put on a lockdown and security measures increased at the scene as local authorities launched an investigation. Netizens shared footage alleging the aftermath of the incident showing detectives working at the scene of the crime.

#BREAKING: Knife attack on Police in #gelsenkirchen of Germany by a Turkish man who screamed Allahu Akbar while stabbing two cops. Police has shot dead the attacker. More details are awaited. https://t.co/8WvWvH0IG1

The identity of the dead suspect has not been released. A spokesperson for the Gilsenkirche police said only that the attacker was 37 and held Turkish citizenship.

Earlier unconfirmed reports claimed that police officers were injured. The information has, however, not been confirmed. The police said that the attacker was killed with a single gunshot.

#Breaking: Just in - German police has shot dead a 37 years old Turkish citizen outside a police station in #Gelsenkirchen in #Germany, after the suspect stabbed 2 officers in front of the building and screamed allahu akbar. pic.twitter.com/bOfSnBb5c3

​A preliminary screening of the attacker's identity reportedly showed that he had a long record of violent crimes. There have been no reports alleging the attacker's allegiance to terrorism.

Germany has reportedly been on high alert amid a series of terrorist attacks across Europe. The incident in the city of Gelsenkirchen is the third in a row in the last week. French passersby were attacked on Friday, and on Sunday, people were accosted by knife attackers who shouted "Allahu akbar“.

The German Interior Ministry said earlier that some 700 potentially dangerous Islamists were residing in Germany, allegedly capable of carrying out a terrorist attack.