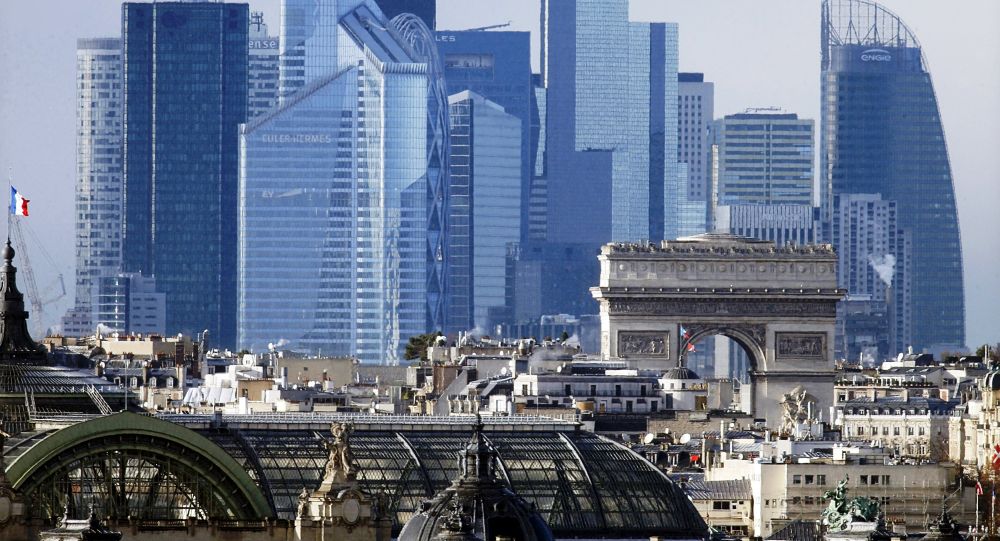 MOSCOW (Sputnik) - Leaders of Russia, Ukraine, France and Germany will meet in Paris on Monday for a high-stakes summit that will seek to end the conflict in eastern Ukraine after it claimed more than 13,000 lives.

France hopes that the rare meeting will draw on the momentum created when Volodymyr Zelensky became president of Ukraine in spring and strengthened by breakthroughs on the ground in recent months that saw warring parties disengage in several flashpoint towns in Donbass.

The so-called Normandy format summit, which takes its name from a French region, comes more than five years after leaders of the four nations first met in France in 2014 in a bid to launch peace process in Ukraine.

The new Ukrainian president, a political novice, will be walking a tight rope at the summit after inheriting the eastern conflict from his more hard-line processor.

Zelensky drew accusations of "capitulation" from nationalists at home after he signed up to a deal that would give a special status to breakaway Donbass. He said he wanted to discuss conditions for elections in the region, a full ceasefire and the return of the eastern border under Kiev’s control.

Roland Hartwig, the vice-chairman of the Alternative for Germany parliamentary group in the German parliament, said he felt that Zelensky was "genuinely interested" in achieving a solid solution.

"On the other hand he is getting under growing pressure by Ukrainian nationalists not to make significant concessions to Russia without getting similar concessions by the Russian side in return", he added.

Alexei Martynov, director of the International Institute of the Newly Established States, a Moscow-based nonprofit, suggested that Zelensky would have had an easier job without his own administration and parliament outlining the agenda for him.

© AP Photo / Efrem Lukatsky
Ukraine Civil War's Ugly Scars: Kiev's Soldiers Kill Each Other in Donbass
The Ukrainian Foreign Ministry has drawn "red lines" that include no elections in Donbass until it has been demilitarized and no direct talks with self-proclaimed republics, while the minister threatened to quit the Minsk peace process altogether.

Zelensky’s own aide, Andriy Yermak, suggested building a wall along the Line of Contact that separates government-controlled lands from those run by self-proclaimed republics if the summit did not yield tangible results.

Martynov concluded that Kiev’s controversial expectations proved that Zelensky "cannot keep his own liberals or ministers or lawmakers in check", while Fyodor Lukyanov, research director of the Valdai Discussion Club, said he needed to somehow push through peace initiatives without upsetting nationalists.

Russia has said it does not want to get its hopes high ahead of the summit and merely wants the negotiations to be "substantial", according to presidential spokesman Dmitry Peskov.

Russian President Vladimir Putin is expected to reiterate his country’s commitment to the Minsk Accords and warn against attempts to water down or replace them.

Russia has repeatedly stressed that Crimea will not be on the table. On the other hand, gas transit might, according to Peskov. Putin may discuss it with Zelensky if they meet face-to-face on the summit’s sidelines. The two have had multiple phone talks but are yet to meet in private.

The United States will be closely watching how the Ukrainian president fares against Putin as a scandal involving US President Donald Trump’s handling of Ukrainian aid unfolds in Washington, according to Robert English, director of Central European Studies at the University of Southern California.

He suggested that Trump would be happy if Zelensky yielded to Putin, while the US president’s critics would watch the Ukrainian leader for any signs of "capitulation".

"Capitulation is not necessary, but compromise is, and I sincerely hope that Zelensky and Putin both act as statesmen, not politicians. The deal before them is not really complicated, but both will pay a domestic price for making it", the expert said.

Russia’s ties with Germany suffered a setback after German investigators accused Moscow of an alleged role in a murder of a Georgian national in Berlin. A bilateral with Merkel will be overshadowed by this accusation, followed by last week's expulsion of two Russian diplomats.

Ukrainian Forces in Donbass Claim Being Attacked 3 Times During Day