MOSCOW (Sputnik) - Senior adviser for US President Donald Trump's 2020 campaign Katrina Pierson has drawn ire on Twitter after attaching what users say is a 2015 video of the conflict in Ukraine’s Donbass to her post about the Hamas movement’s "violence" against Israel amid the latest heavy exchange of fire in the region.

"[A total of] 650 Rockets being fired into Israel from Gaza in an attempt to overwhelm Israels [sic] Iron Dome: 173 intercepts, 4 people killed, and 28 wounded. What is @IlhanMN response to this violence? Will she condemn it?" Pierson tweeted on Sunday, attaching a video depicting multiple rockets fired into the sky.

Twitter users' assumption that the footage was made in Donbass and dates back to 2015 could not be immediately verified. 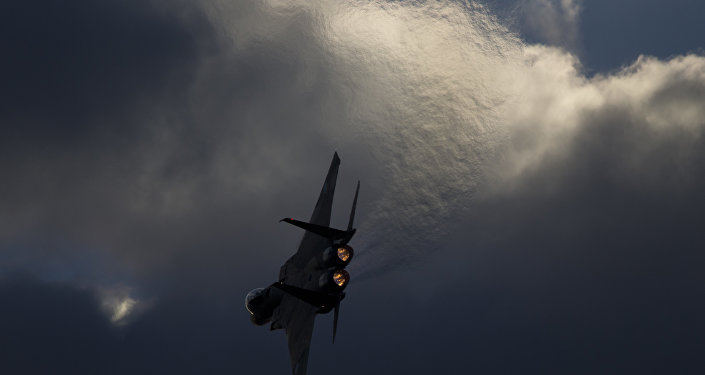 © AP Photo / Ariel Schalit
IDF Responds to Rockets Fired from Gaza, Says Hamas Headquarters Destroyed
The tweet was made in response to Democratic Congresswoman Ilhan Omar, a critic of Israel who has repeatedly slammed the latter for what she described as "Gaza’s occupation and humanitarian crisis".

Twitter users have slammed Pierson for "peddling disinformation" to attack the congresswoman, with some joking about Gaza "annexing" Ukraine.

Not to make light of the situation in Israel/Gaza, but this video is some *genuine* "fake news" brought to you by @TeamTrump. Simple image-based searching shows that it been in circulation for at least five years. H/T @gavinsblog. #HRCLab https://t.co/qhOUHtw6pu

Tensions between Israel and Gaza further escalated on 4 May, when hundreds of rockets were fired toward Israel from the enclave, prompting the IDF to retaliate. The violence has resulted in the deaths of at least 25 Palestinians, and four Israelis.