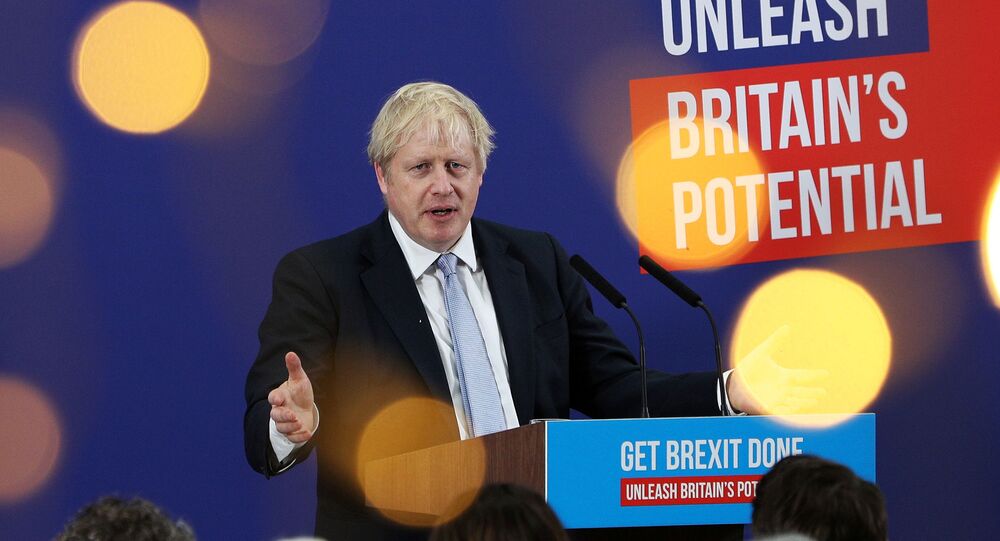 British Prime Minister Boris Johnson has responded to Labour's recent claims, regarding the Tories' plans for the NHS, by refuting the accusations and saying that the country's health service is "not for sale".

"Under no circumstances will this government or any Conservative government do anything to put the NHS up for negotiation in trade talks or privatising anything like that", Johnson said.

The prime minister also noted that London is currently holding trade talks with about a dozen countries adding that a number of deals are "oven ready". He failed to elaborate on exactly how many deals are ready to be signed.

Addressing the question about breaking his pledge of getting the UK out of the EU by 31 October, the prime minister stated that he had been ambushed in a "broken" Parliament and thus could not fulfil his promise. Johnson then vowed that if his Conservative Party receives a majority in the upcoming elections, the UK will leave the European Union as soon as it can. The new deadline is 31 January 2020.

Labour has long criticised the Tories and their plans for the UK's post-Brexit future by claiming they are trying to use the country's health service's privatisation as a bargaining chip in trade talks, specifically with the US.

Their accusations recently received a new impulse when Labour published a 451-page packet of purportedly leaked government documents, showing that the Conservative Cabinet under Prime Minister Theresa May, Johnson's predecessor, had allegedly negotiated the "sale" of the NHS to the US.

© CC BY-SA 2.0 / Gordon Joly / NHS
Only a Hypocrite Can Vote Tory and Say They Support the NHS

Labour leader Jeremy Corbyn claimed that Johnson tried to hide the fact that the government had been negotiating a "toxic" trade deal between July 2017 and July 2019 in which the US was "demanding" access to Britain’s NHS.

The Tories are the Party of the NHS? – LOL!