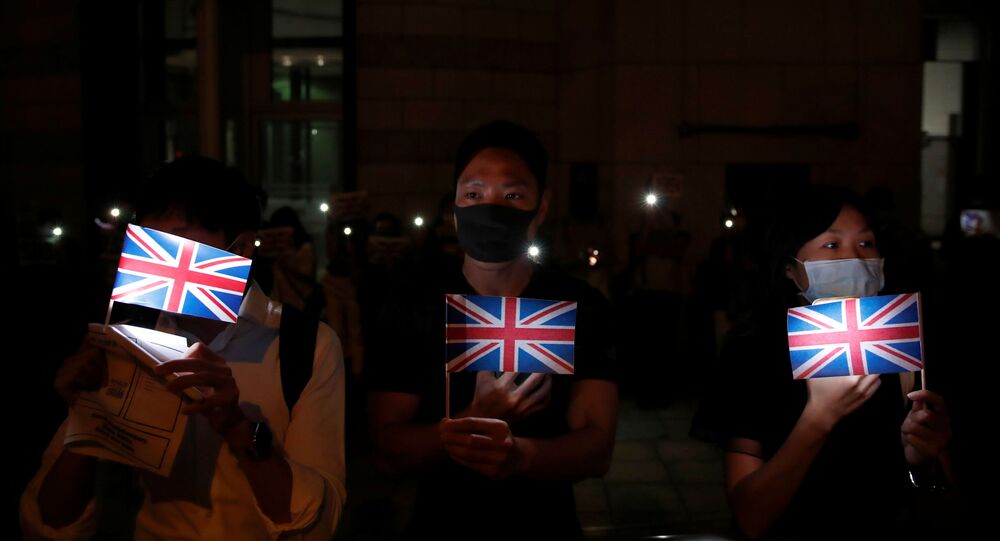 Earlier in the day, The Wall Street Journal reported that Simon Cheng, a former employee at Britain’s Hong Kong consulate, claimed the Chinese secret police had beaten him, deprived him of sleep, and chained him during an interrogation about activists leading protests in Hong Kong.

British Foreign Secretary Dominic Raab stated on Wednesday that he has summoned the Chinese envoy to "express our outrage" over the alleged mistreatment of former UK consulate worker Simon Cheng.

"I have made clear we expect the Chinese authorities to investigate and hold those responsible to account," Raab told The Wall Street Journal.

The statement comes hot on the heels of Mr Cheng telling The Wall Street Journal that he had allegedly been beaten by Chinese secret police when they questioned him about those responsible for fomenting the unrest in Hong Kong.

In August, the British Consulate in Hong Kong put out a statement saying that it was extremely concerned when Cheng, who worked there as a trade and investment officer, went missing while attempting to transit from Shenzhen into Hong Kong.

Cheng, who was accused of soliciting prostitution during his visit, stated that he saw other Hong Kongers while in detention and suspected that they were also subjected to torture.

© AFP 2020 / KRIS CHENG
Chinese Soldiers Clear Hong Kong Streets of Debris, Roadblocks - Photos
Hong Kong has been engulfed in protests since early June when people took to the streets to protest against an extradition bill that would have allowed for criminal suspects to be sent to mainland China and that was eventually dropped in October.