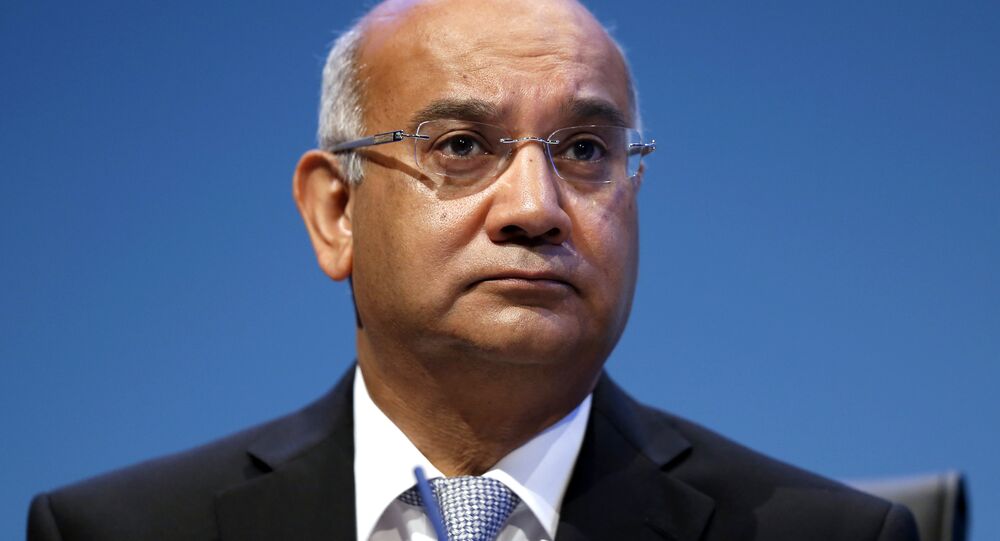 The UK Labour Party’s Keith Vaz was issued an unprecedented six-month ban from Parliament after he was found to have offered to buy cocaine for sex workers and for obstructing inquiries by the standards commissioner; his punishment was rubber-stamped by the Commons before the dissolution of the lower house of the country's legislature.

The Labour’s Party’s Keith Vaz has announced his retirement from parliament after 32 years as an MP for Leicester East.

He made the announcement on Sunday evening, saying he will not stand in the general election set for 12 December.

Vaz, the UK’s longest-sitting Asian MP, added that the people of Leicester "will always be in my heart".

In a statement, he said:

“I have decided to retire after completing 32 years as the Member of Parliament for Leicester East. In that time I have won eight general elections. It has been an honour and a privilege to serve my constituency since I came to the city in 1985. I want to thank the people of Leicester East for their absolute loyalty and support.”

Labour Party leader Jeremy Corbyn responded by describing Vaz as “among the pioneering group of black and Asian Labour MPs elected in 1987.”

“Keith has made a substantial and significant contribution to public life, both as a constituency MP for the people of Leicester and for the Asian community across the country. He has helped to pave the way for more BAME (Black, Asian and Middle East) people to become involved in politics,” said Corbyn.

The Leicester East MP’s resignation comes several weeks after the Commons Standards Committee recommended he should be handed a six-month suspension for causing “significant damage” to the reputation of the legislature, forcing him to face an automatic recall petition.

The 62-year-old was alleged to have “expressed a willingness” to purchase cocaine for others during an encounter with two male prostitutes at his London flat in August 2016.

The case of the Leicester East MP was rushed through the Commons before the dissolution of parliament and endorsed without a vote.

Vaz subsequently faced calls to step down, including from within his own party, while under threat of having the Labour whip removed.

Keith Vaz had faced an inquiry into claims published in the Sunday Mirror in 2016 that he had offered to buy drugs for male escorts while pretending to be an industrial washing machine salesman.

After the story broke, Vaz denied all allegations; however, the Standards Committee found his claims including that he had met the men to discuss redecorating, and could not remember what had happened because he had amnesia, and that his drink may have been spiked were “not believable and, indeed, ludicrous”.

The developments come as the Labour party has already been hit by a series of controversies targeting its candidates ahead of the UK's snap general election set for 12 December, with two Labour members pulling out of the election race due to antisemitism allegations.

Jeremy Corbyn has consistently rejected the accusations levelled at his party, pledging to redouble efforts to fight antisemitism within its ranks.

As the campaign for the pre-Christmas election picked up steam, according to several polls published over the weekend the UK Conservative Party was still gaining over the opposition Labour Party, with 41 per cent support compared with 29 per cent for Labour, per Opinium’s poll issued Saturday for the Observer newspaper.

​Earlier polls have shown support for Labour collapsing across the country, as YouGov had the Conservatives pulling ahead in almost every region of the country on 9 November, including areas where it traditionally enjoys a lot of support.

​The poor performance in these could see a large number of seats in the Midlands and the North transfer across from Labour to the Conservatives.