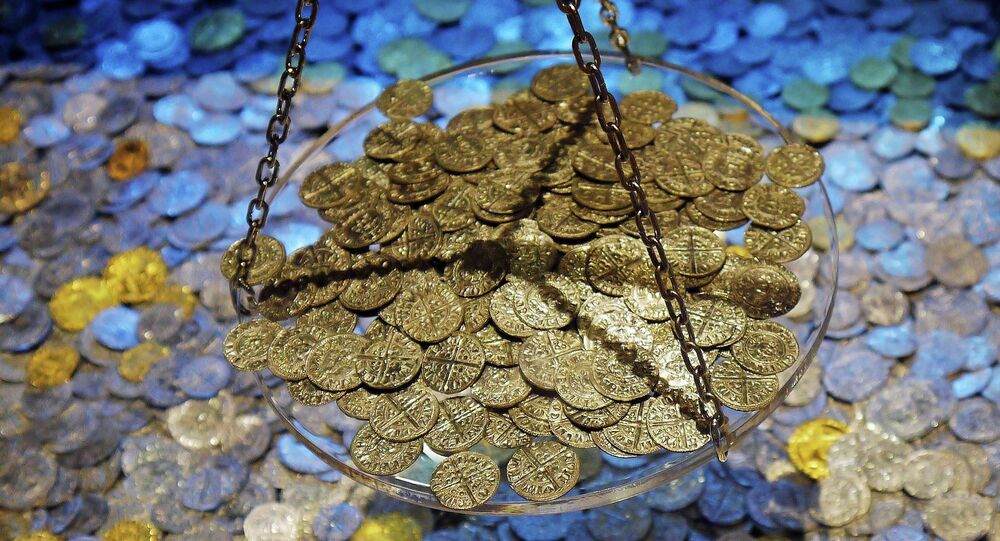 As debates on an early vote in December are in full swing at Westminster, the Treasury is about to recycle the first batch of coins that were produced to mark the initial Brexit Halloween deadline.

Although originally supposed to be minted in time for this Friday, 3 million commemorative 50p coins emblazoned with 31 October, the date the UK was scheduled to leave the European bloc, will now be recycled, HM Treasury has confirmed.

The coins to mark the historic date of Britain going through the landmark constitutional change will, however, definitely see the light of day, a spokesman said.

"We will still produce a coin to mark our departure from the European Union, and this will enter circulation after we have left", he stated.

The dates on the coin may go on to change, but the text that the money will sport is known for sure and reads as follows– “Peace, prosperity and friendship with all nations".

The wording echoes third US president Thomas Jefferson's inaugural address, in which he vowed “peace, commerce, and honest friendship with all nations” with the caveat “entangling alliances with none”.

The initial batch of coins will be recycled now that the EU has agreed a Brexit extension of 31 January with Downing Street, days after the landmark deal was okayed by parliamentarians.

Another 7 million were scheduled to be minted in the next several months, which is considerably more than the 10,000 commemorative coins originally planned under former chancellor Philip Hammond’s initiative.

The expenses for the design and production will be fully covered by the Royal Mint out of its own revenues, with the coins coming at no cost to British taxpayers.

While the EU has extended the withdrawal deadline until the end of January, the domestic turmoil over the deal persists.

On Monday, 28 October, lawmakers rejected a motion to hold a new General Election for the third time, with the Commons set to vote again on Tuesday about holding a snap vote on 12 December, as Johnson’s Cabinet has proposed, arguing that “this Parliament had run its course".