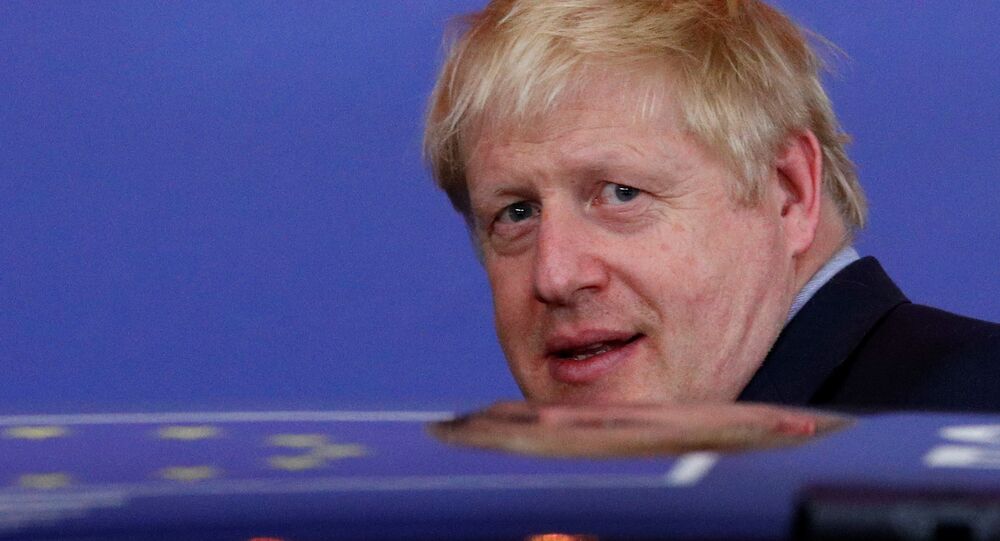 While the UK continues to slide into Brexit madness as the deadline for leaving the EU has been extended to January 2020 and MPs are now to vote for a new election, supposed to take place on 12 December, there does seem to be a method to it. London now has several options to break the impasse.

The British government, headed by Boris Johnson, will try to alter the Fixed-term Parliaments Act, which requires the support of two-thirds (or 434) of all MPs to announce a snap election, after lawmakers rejected a motion to hold a new vote for the third time on 28 October. The House of Commons is to vote on Tuesday about holding an early election on 12 December, as Johnson’s Cabinet wishes.

The vote follows the EU agreeing to reschedule the deadline from 31 October (Halloween Brexit) to 31 January 2020. The move has left Johnson with room to manoeuvre as he needs approval for his “divorce” agreement. Johnson had earlier pledged to see the UK out of the bloc by the end of October “do or die”.

However, even though a simple majority is enough to secure the 29 October vote, Parliament can still try to change it, as the BBC points out. Additionally, two opposition parties, the Liberal Democrats and the Scottish National Party, who have a short bill of their own for an election on 9 December, could refuse to support Johnson’s version.

Another path that could lead to a new general election is a no-confidence vote in the Cabinet. Labour leader Jeremy Corbyn earlier promised to push for this option. If a simple majority is secured, the current government or its alternative under a new leader needs to win a vote of confidence over 14 days or resign.

According to Laura McAllister, professor of public policy at the Wales Governance Centre at Cardiff University, Tuesday is a critical day, "less for Brexit itself, and much more for the likelihood of a snap General Election in December".

"The Boris Johnson bid for an election on 12 December predictably failed yesterday but he will try again today through a different mechanism that requires a lower threshold. There’s also a chance that the SNP/Liberal Democrat motion for a 9th December General Election might (just) get sufficient support to get over the line today, as it requires a simple rather than a two-thirds majority. This is very much a second best option for Johnson as it permits amendments and is predicated on the WAB not being tabled again", she says.

The professor further explains: "It’s always been seen as risky for the Conservatives to head to the polls without Brexit having been 'delivered', and especially with Nigel Farage and the Brexit Party chomping at the bit to accuse Johnson and the Conservatives of having failed to deliver Brexit again. Having said that, few expect a General Election to 'solve' Brexit, given no election is ever decided on a binary basis, plus the voters might well deliver another hung parliament. Many argue that it is only a referendum on the deal/remain that can do that. We might, by this evening, be facing our first Winter General Election for over 40 years or we might still be in the same position, with no Brexit, no election date and an ill-functioning Government and Parliament".

If Johnson’s attempt to get MPs on board a new deal fails, aside from leaving the EU without an agreement, the option of a new referendum is still on the table. This, however, seems likely only with a new Cabinet. The UK could hold both an advisory vote, leaving the government an opportunity to decide as in 2016, or a legally binding vote, a "confirmatory" referendum to choose a certain Brexit deal (or no-deal) and giving up on the divorce. Yet, as the BBC notes, citing experts, the three months until the current deadline ends in January 2020 will not be enough.

© AP Photo / Matt Dunham
Pro-EU supporters protest during rally in London, Tuesday, Sept. 3, 2019. Parliament was reconvening Tuesday for a pivotal day in British politics as lawmakers challenge British Prime Minister Boris Johnson's insistence that the U.K. will leave the European Union on Oct. 31, 2019 even without a deal

Cancelling Brexit altogether is also legally possible, if Article 50 is revoked, as, for example, the Liberal Democrats promised to do if they win an election. However, a new vote as well as its outcome, is in question if Johnson sticks to his pledge to deliver Brexit no matter what.

Andreas Bieler, Professor of Political Economy at School of Politics and International Relations, University of Nottingham, has as well expressed his views on the continuing Brexit deadlock in the British parliament.

"After failing to secure acceptance of his Brexit deal and leaving the EU on 31 October, Prime Minister Johnson now wants an early election to secure a 'functioning parliament'. He suggests 12 December. Labour continues to resist this arguing that it first wants to see no-deal off the agenda. In my view, underlying this hesitation is, however, also an understanding that a general election purely based on Brexit is likely to damage the party's chances, as it is internally split over the issue".

According to him, Jeremy Corbyn's Labour Party seeks "to fight the next elections over economic and social issues, addressing the rampant inequality in British society", while the SNP and the Liberal Democrats envisage "to benefit from an election over Brexit, as both are open supporters of a remain position". They would, however, prefer an earlier date to make sure that students are still at their universities and "able to vote", he emphasises.

Although Johnson has been demanding a general election for almost two months, he lived through another fiasco on 28 October. British MPs voted to reject a General Election on 12 December in a crucial vote. Johnson failed to secure the backing of the two-thirds of the 650 MPs required by law to pass the motion as a total of 299 MPs voted in support of the PM’s proposal, while Labour MPs chose to abstain.

Boris Johnson’s government tabled a motion for a general election on 12 December after it said that "nobody relishes a winter election", but that this Parliament had "run its course”.

"Overall, there is a large level of uncertainty including for the Conservatives, as nobody can foresee the exact role the Brexit party may play in an early election, which emphasises Brexit as the main issue. Whatever is going to happen, the Brexit saga has completely unsettled the British political system and is highly likely to continue doing so over the next years", Bieler concludes.