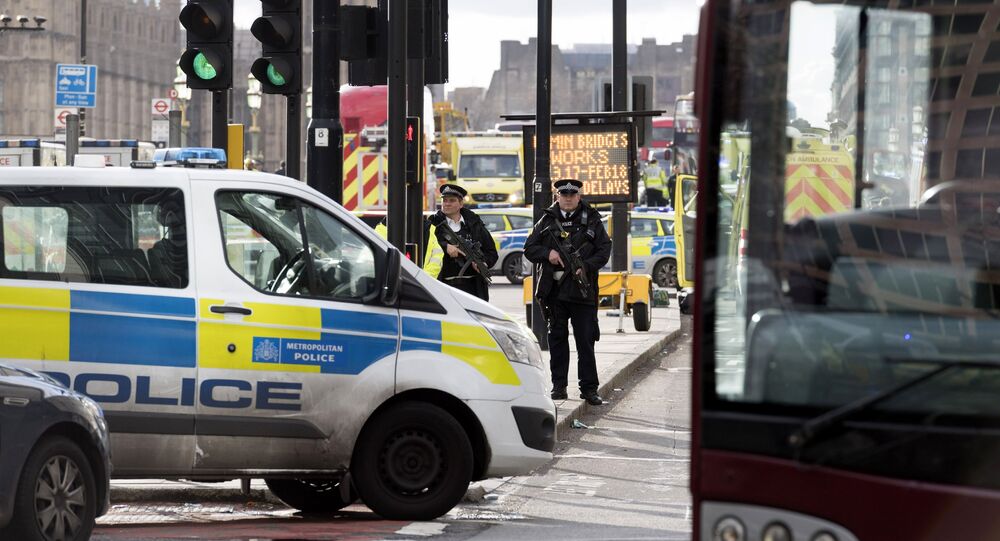 The Daesh terrorist group has been severely weakened over the last two years, having lost most of the territory it previously occupied. However, many have expressed concern that the death of its leader Abu Bakr al-Baghdadi over the weekend may potentially inspire new individuals or groups to carry out attacks.

British intelligence services have increased their monitoring of around 3,000 people in the UK and abroad who are believed to be linked to Daesh* or who could be inspired by the terrorist organisation to launch attacks in the country following the death of the group’s leader, Abu Bakr al-Baghdadi, The Guardian reported.

While the overall threat level in the country remains “severe” - meaning that a terrorist attack is considered likely - MI5 has not raised the threat level to “critical” yet, which was invoked following the 2017 bombing attacks at the Manchester Arena and Parsons Green tube station.

Daesh remains the primary security concern in the UK even after al-Baghdadi’s death, as intelligence sources believe that many terrorist plots in the country stem from the organisation’s Middle Eastern supporters, which could potentially result in acts of revenge. However, they also point out that lone wolves, although not connected to terrorist organisations directly but who are often inspired by their actions, remain potentially dangerous, according to MI5, as they cannot be properly tracked and monitored.

“The most immediate concern will be that major terrorism events often prompt actions by copycats or in revenge”, terrorism expert and director at the Royal United Services Institute think-tank Rafaello Pantucci told The Guardian.

“They will hit Syria, the chaos of Iraq, Europe and definitely the United States”, said the official, who preferred to remain unnamed.

On 27 October, President Donald Trump confirmed the death of Daesh leader Abu Bakr al-Baghdadi following a US military operation in Syria over the weekend. While the group is already believed to have named Abdullah Qardash - also known as Hajji Abdullah al-Afari - as their new leader, the terrorist organisation is thought to have been severely weakened by the loss of its previously held territories following advances by Syrian government forces and the military operation by the US-led international coalition.