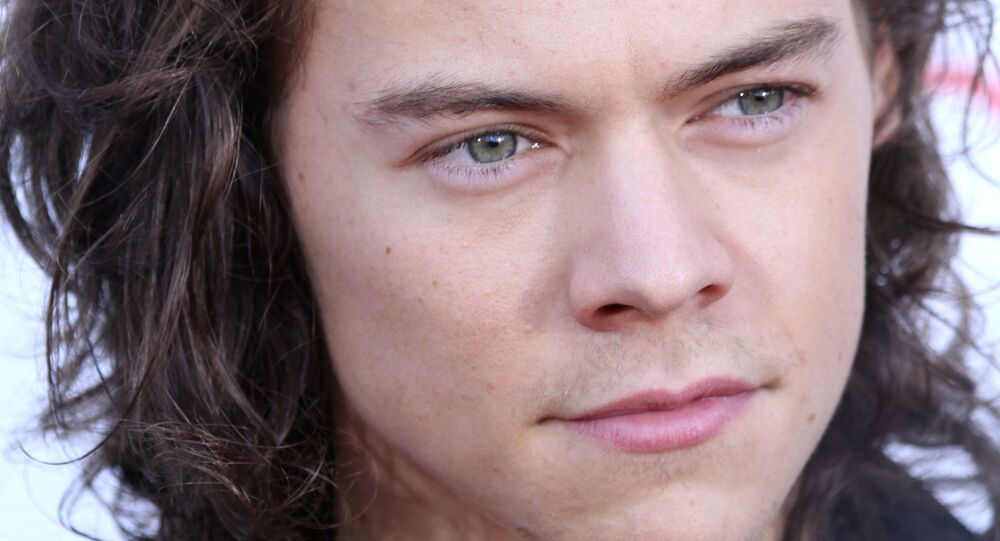 The British singer, who sent fans into meltdown with his boy band One Direction, is now pursuing a solo career, taking part in modelling projects and even producing a TV show. However, his busy schedule has been interrupted by a trial involving a man who was so attracted to the pop idol that the latter complained he had to hire a night bodyguard.

Former One Direction star Harry Styles has told Hendon Magistrates' Court that 26-year-old Pablo Tarazaga-Orero, charged with stalking the singer near his London home between April and June this year, has made him feel so scared that he still feels unsafe.

"I never really encountered this kind of behaviour before. I've employed a night guard. I continue to lock my bedroom door at night,” the Brit Award winner told the judge, saying that he still checks for "weak spots" in his home.

The saga, which has played on the pop idol’s nerves, began this spring after Styles, as he recalled, saw the man sleeping in a bus stop this March near his London residence and offered help.

"I thought it was sad that someone so young was sleeping rough at a bus stop when it was cold. I pulled up in my car next to the bus stop and offered him some money so he could get a hotel or some food," the 25-year-old singer said.

After the Spaniard said he was vegan and asked for edamame, Styles bought him some food from a vegan café but chose to distance himself from him over a question that he felt was odd.

“He asked me if I wanted to go to a restaurant to eat. I told him I was on my way to work. I found it a little odd. His facial expression made me feel a little uneasy. It was like a smirk. Until that point, I never felt unsafe or uneasy in my own home," Styles noted.

Despite the singer's attempts to cut contact, Tarazaga-Orero was seen not far from his residence nearly every day. According to Styles, he was certain that the fan followed him to a pub or tried to grab him during a run in a park. He is also said to have posted notes to the celebrity, asking for the money that Styles had offered earlier.

The Daily Mail cites Styles’ neighbour Rafael Krezeszewsky saying that the homeless man described himself as “the soulmate of Harry Styles” and insisted that he was “spiritually protecting him.” The defendant himself, arrested in July after returning from Spain and charged with "pursuing a course of conduct which amounted to the stalking,” claimed that the singer offered him cash to “have some fun” in a hotel.

“I found the suggestion that Mr. Styles also, the suggestion that he would accompany the defendant for fun to be completely incredible. These were honest, well-intended, good intentions from somebody who was trying to help another for whom he felt sorry and who he thought was down on his luck,” he said.

According to him, the defendant knew “perfectly well that what he was doing at that stage amounted to harassment of Mr. Styles.”

“I'm quite satisfied that this behaviour had the effect of harassing Mr. Styles,” the judge concluded.

While the sentencing was adjourned, the suspected harasser was let go on conditional bail.