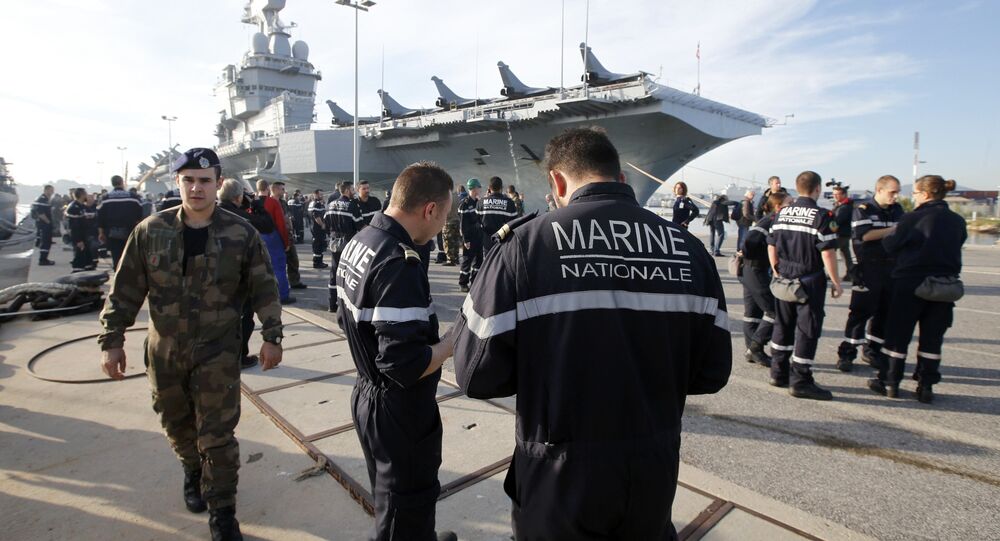 Ankara previously positioned its vessels in the Cypriot exclusive economic zone in order to carry out exploration for hydrocarbons despite concerns raised by authorities in Nicosia and warnings from the EU.

French and Cypriot authorities are currently holding joint naval exercises in Cyprus' territorial waters in an effort to uphold the country’s sovereign rights in its exclusive economic zone (EEZ), where Turkish drillship the Yavuz is currently carrying out exploration for hydrocarbons, accompanied by two warships, according to a statements by top French and Cypriot officials.

“French-Cypriot naval exercises are currently taking place in Cypriot waters. They are part of a cooperation of excellent quality. We want to allow Cyprus, a member country of the EU, to be able to assume its responsibilities in its sovereign waters”, French Defence Minister Florence Parly wrote on her Twitter account on Saturday.

On Friday evening, Greek Defence Minister Nikos Panagiotopoulos announced that a French frigate was heading towards block 7 of Cyprus’ EEZ amid Turkish exploration activities in the region despite drilling rights in the zone being awarded to France's Total and Italy’s Eni energy companies by the Cypriot government.

“French and Italian companies have been granted license for exploratory drillings in block 7”, Panagiotopoulos said in an interview to Skai.

The Greek defence minister added that Europe must protect its “red lines”, currently being “violated” by Turkey, which claims to have rights to drill in the area in an effort to explore for the presence of natural resources, actions that Cyprus and Greek authorities strongly condemn.

“I am not suggesting that we should go to war […]. I am just saying that Europe must show somehow that it cannot tolerate this behaviour, that there are certain red lines. The frigates, sent by France and Italy to block 7, is a first step. We must wait and see what kind of deterrence this move will have”, the Greek defence minister added.

Panagiotopoulos went on to say that Italy is also contemplating the possibility of sending a frigate to the Cypriot EEZ. Nevertheless, Eni CEO Claudio Descalzi said on Thursday that his company would refrain from drilling off Cyprus if it has to deal with warships, but later argued that Eni would possibly carry out a joint exploration campaign with its French partner Total in the first half of 2020.

EU Council President Donald Tusk visited Nicosia on Friday, while urging Turkey to refrain from drilling in the EEZ. The EU is currently expecting to put Ankara’s drilling activities on the agenda of the Council meeting next week, warning of possible measures being taken against Turkey if it continues carrying out the exploration.

Turkey positioned its drillship Yavuz in the Cypriot EEZ over a week ago, an action that was slammed by Cyprus as a “flagrant violation” of the country’s sovereignty. European leaders and members of the international community, including Russia and the US, have also criticised Ankara’s drilling activities in the region.

Cyprus has been divided since 1974 after Turkish troops arrived on the island, citing Ankara’s right to intervene in the political turmoil Cyprus was experiencing at the time in order to protect local Turks from the Greek community. In 1983, the establishment of the Turkish Republic of Northern Cyprus was announced and is currently recognised only by Ankara.