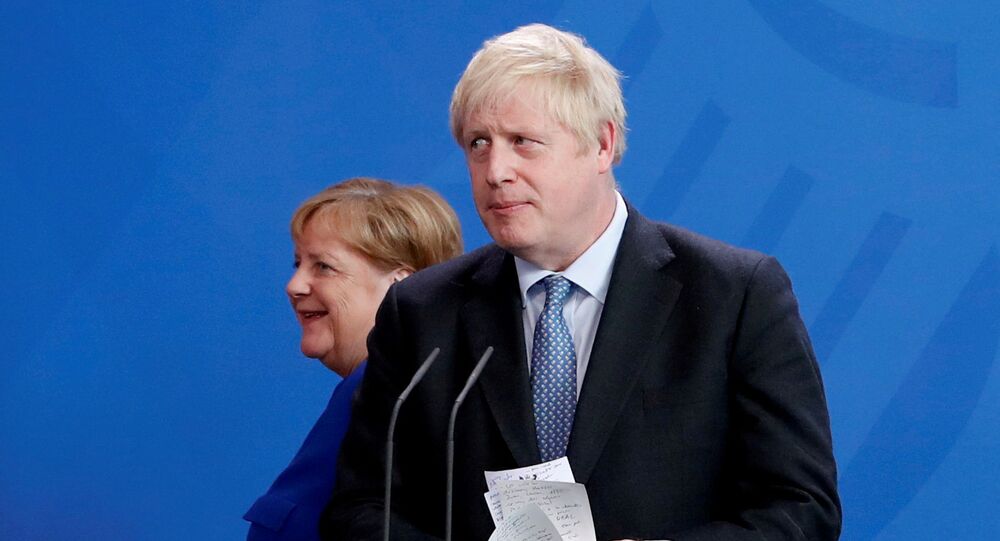 Media reports say Brussels and London are closer than ever to striking an agreement, but whether MPs approve it remains a question.

British Prime Minister Boris Johnson will ask MPs to back his new agreement with the European Union or delay Brexit, The Times reported. Talks between the United Kingdom and the European Union will continue throughout the day amid speculation that a Brexit agreement is almost there after Johnson held fruitful meetings with Irish PM Leo Varadkar. The talks precede crucial EU summits, scheduled for 17 and 18 October. Any deal agreed by London and Brussels must be approved by all 27 member states.

Back to Basics or Johnson's U-turn

Almost nothing is known about the new agreement as government officials remain tight-lipped. After their breakthrough meeting Boris Johnson and his Irish counterpart Leo Varadkar signaled that the two have overcome differences regarding the Irish backstop, a key stumbling block in Brexit negotiations.

Media reports say that Johnson has made a u-turn and revived Theresa May’s deal. Under the agreement, which was rejected by Parliament three times, Northern Ireland will remain in the EU’s customs union and according to Johnson take advantage of any new trade deals that Britain signs after leaving the bloc. How this plan will work in reality is unclear.

Moreover, it could hinder Johnson’s chances of selling it to Parliament because he vehemently opposed Theresa May’s plan. In an article in the Daily Mail, he described his predecessor’s deal as a suicide vest wrapped around the British constitution with a detonator in Brussels' hands.

Johnson’s unwillingness to share the details of his breakthrough meeting with Leo Varadkar have prompted Nigel Farage, leader of the Brexit Party, to speculate about Britain’s surrender to the European Union.

I don't know what @BorisJohnson has given away, but he sounds very defensive. Let us hope that this is not a surrender.

​Although Labour MP Peter Kyle signaled that the party intends to attach a confirmatory ballot to any deal Boris Johnson manages to secure, it will come down to the Democratic Unionist Party and Johnson’s fellow lawmakers, who repeatedly voted against Theresa May’s deal.

The United Kingdom has until 31 October to leave the European Union. Boris Johnson earlier insisted that Britain withdraw from the bloc without a deal if the two sides fail to reach a compromise, however after MPs passed the Benn Act into law, the prime minister is now obliged to request an extension from Brussels if no deal is reached.