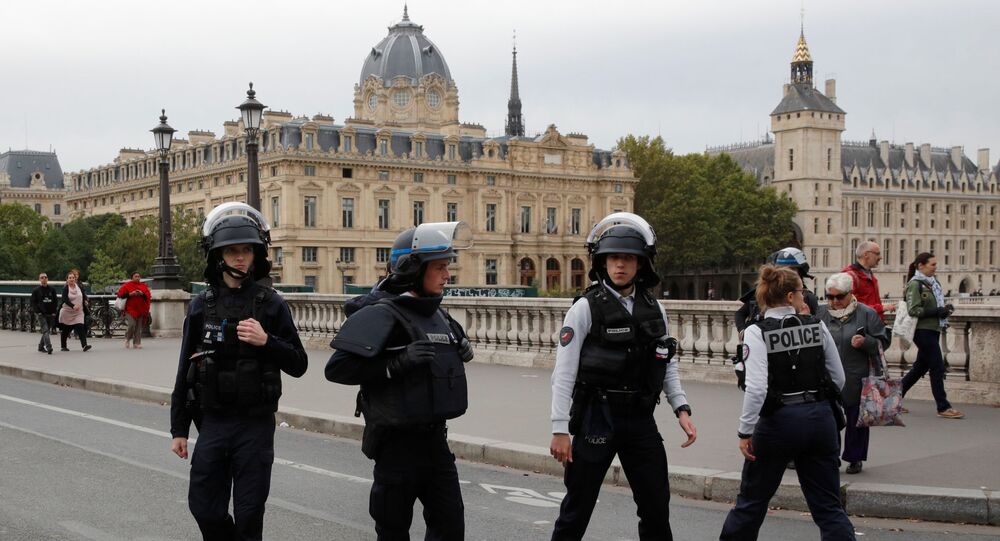 Paris recently experienced a new tragedy when a computer scientist working at the French police HQ murdered four of his colleagues, which some see as being a result of the killer’s possible Islamist radicalisation.

A French civilian police worker who stabbed four colleagues to death in Paris on Thursday has been linked to an Islamist group and also supported the 2015 Paris terror attacks, BFMTV reported.

Michael Harpon, a deaf 45-year-old computer scientist working at the Directorate of Intelligence of the Prefecture of Police since 2003, was shot dead following a rampage with a ceramic knife during which he attacked his boss and three colleagues.

BFMTV cited several reports indicating that Harpon, who allegedly had links with a hate preacher in Val-d'Oise, was a strong supporter of two terror attacks in Paris back in 2015 – one at the Charlie Hebdo office that killed 12, and a mass shooting across the city which caused around 130 deaths.

While it was previously believed that Harpon was “radicalised” after he converted to Islam 18 months ago, following his marriage to a Muslim woman named Ilham, also a deaf person, back in 2014, new reports suggest that he became Muslim much earlier, in 2008.

Ilham Harpon, who has two children with the knifeman, was also arrested following the incident, as text conversations with her husband containing references to the knife shortly before the attack were discovered by the police.

Initial reports by French media following the attack suggested that Harpon could have been motivated to commit the assault by his lack of career progress and miscommunication at work, but as the investigation is still ongoing, new findings by the police indicate that there could have been a direct link between the carnage and the police worker’s suspected radical leanings.