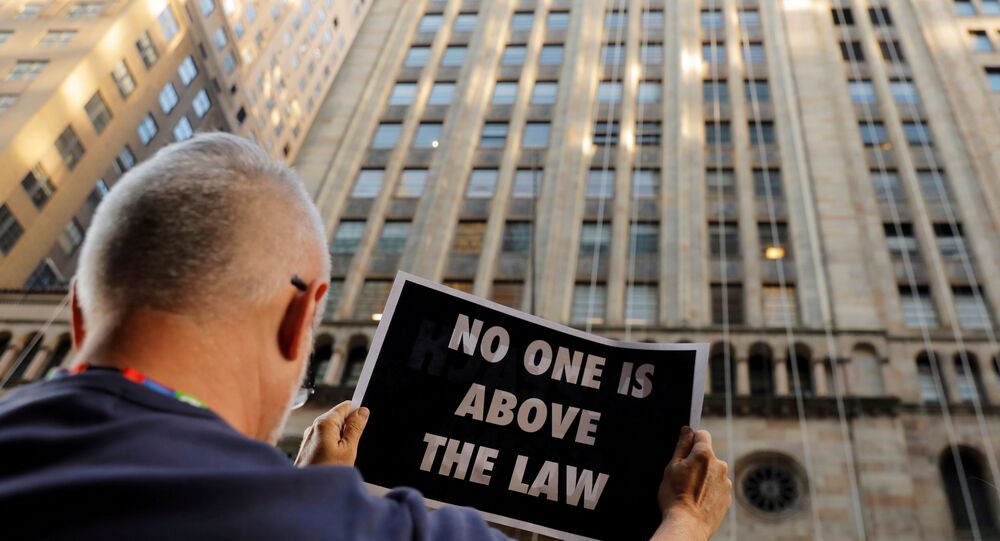 US House Democrats have officially begun impeachment proceedings against President Donald Trump on a basis that he unconstitutionally used military and financial pressure on Ukraine to gain advantage over Democratic presidential hopeful Joe Biden.

Rep. Terri Sewell (D-Ala.), a House Democrat who initially did not take a stance on the impeachment proceedings, learned of the whistleblower report regarding Trump’s call with the president of Ukraine and said on Sunday that the event changed her mind on the issue, according to CBS.

.@RepTerriSewell on why she changed her mind on impeachment: “I was worried it would get us sidetracked,” but I do believe we’ve crossed a rubicon.” pic.twitter.com/c7xlI26naA

​“It’s not because I didn’t think there were really unpresidential behavior by this president from moment one, but because I was worried that it would get us sidetracked from other, more important items for the American people but I do believe that we’ve crossed a Rubicon here", Sewell told CBS’ Margaret Brennan on Face The Nation

“I do believe that this whistleblower allegation is so serious that it gets to the very heart of our nation’s democracy, the integrity of our elections, and if any congressional district understands that, it’s my district” Sewell said.

The comment regarding her district is likely a reference to the city of Selma, a birthplace of US civil rights activism during the 1960s.

When asked when impeachment proceedings will become articles of impeachment, Sewell, who is a member of the House Intelligence Committee, said that the committee was “working diligently through this Rosh Hashanah break and we don’t know exactly when it will come but we do know that we are working in a deliberate, thoughtful manner".

The whistleblower report accuses Trump of attempting to pressure Ukraine President Volodymyr Zelensky with the withdrawal of military support in exchange for an investigation into possible corruption by Hunter Biden, the son of the former vice president and current Democratic presidential hopeful.

Trump denied the accusations last week saying that he "put no pressure on them whatsoever".