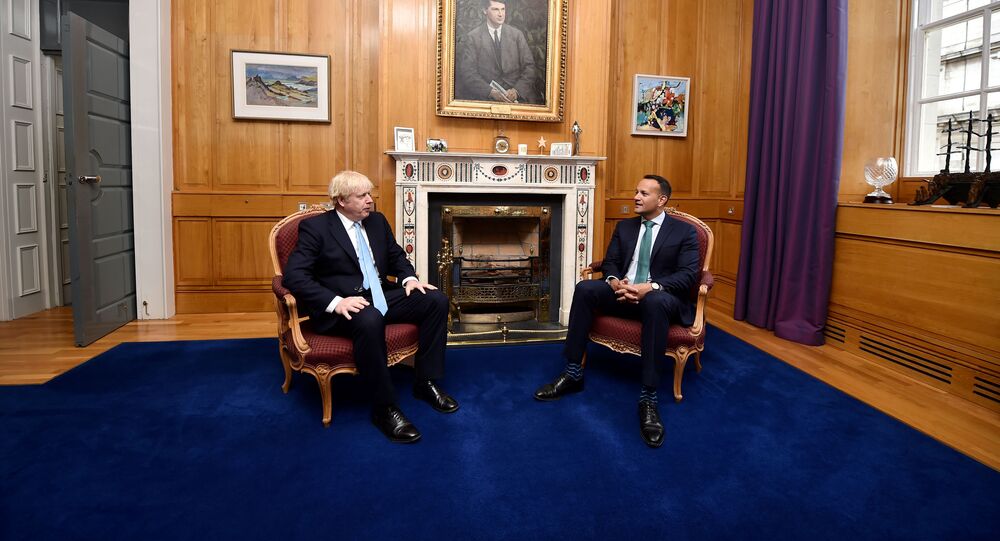 British PM Boris Johnson and Irish PM Leo Varadkar in currently in ongoing negotiations regarding Brexit, specifically the issue of a hard Irish border which both governments say they wish to prevent but the UK government opposing keeping Northern Ireland in a 'backstop' with the European Union.

The Irish Prime Minister Leo Varadkar was handed a bottle of holy water on Friday by the parish priest of Knock to bring to his next meeting with Boris Johnson.

Varadkar was in Knock for the opening of a newly resurfaced runway for an airport. Father Richard Gibbons was also there for a ceremonial blessing.

After conducting the ritual, Father Gibbons turned to the Irish leader and said "Taoiseach, I know that you are going to New York next week [for the U.N. General Assembly] and meeting Boris Johnson. A small little bit of added protection for you" before handing over a small bottle to Varadkar.

"Shall I pour it over him?" Varadkar quipped back, to a laughing audience.

Twitter gave a mixed reaction to the video. With some finding the joke funny.

While others were giving support to the UK Prime Minister and for Brexit.

​Johnson and Varadkar are scheduled to meet in New York on Tuesday to continue Brexit discussions while the Irish PM is there to give a speech at a UN Summit on climate action.

The Irish PM issue an ultimatum to the UK government on Monday, saying that they have failed to present any "credible" alternatives to the Irish backstop.

Boris Johnson is keen to see the Irish backstop, which is designed to prevent the erection of a hard border in Ireland removed from the withdrawal agreement.