Political Commentator on Brexit Negotiations: 'We Are Nowhere Near Anything'

Philip Hammond is preparing to present last Budget before Brexit. Before announcing the spending commitment Hammond warned that he will have to tear up his economic plans and start again if the UK leaves the EU on 29 March without a deal. Sputnik spoke to David Lindsay, Political commentator, about what this means for future Brexit negotiations.

Sputnik: How significant is it that after all these talks and efforts to get a solid Brexit deal nothing has been clarified or locked in between Britain and the EU?

David Lindsay: It is absolutely essential to understand that we are now at the 11th hour and we are nowhere near anything because 95% is nothing, its either 100% or nothing. The last 5% of any negotiation, it’s the things that were most important in the first place and by the Prime Minister own admission. If one may put it like this, the Titanic completed 95% of its journey but it was the last 5% that was the problem and this broadly where we are. It is vital to understand that is where are that having 95% of a deal is nothing – you either a 100% or nothing and we not at a 100% and we are at the brink of the Brexit deadline. 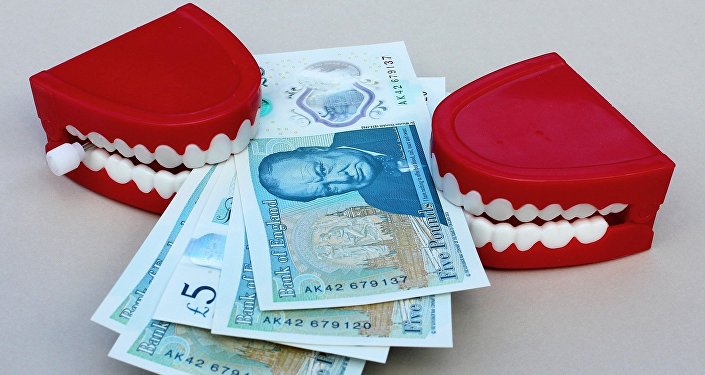 © Photo : Pixabay
UK Chancellor Raises Brexit Funding to $2.5 Billion, Claims Austerity's No More
Sputnik: The Irish Border problem and everything based around the integrity of the single market and the customs union… these are problems that have been in the mix since the start of negotiations. Looking at Ireland how should Britain deal with this problem?

David Lindsay: We are nowhere nearer to a solution to the Irish border solution and we need to face certain realities in relation to that which have really been for about 100 years. What we probably need to declare is that there is very little trade between Britain and Northern Ireland; Northern Ireland does sell what little it does to Britain but that’s not a lot in the grand scheme of things. We need to say that Northern Ireland will in some sense remain within the European Customs Union and therefore with the Irish Republic that this will involve certain customs checks with their produce coming to Britain – which isn’t very much. The DUP will say that this is a breach of the integrity of the union but the answer is nothing is a breach of the union unless parliament says it isn’t. We’ve entered a new chapter and this is what the rules are like then there we are… if we do that, which the will DUP umm and ahh about they might even bring down the government but nothing else will ever work. Beyond that, we’re nowhere near in sorting the problem of the Irish border. It is the one big problem, even bigger than the EU Single Market and Customs Union, and we just going to have to say that there will be some kind of customs control between Northern Ireland and Great Britain which doesn’t effect and awful lot of goods and no services. There is no other way to do this. For all the opposition of the DUP to the EU and their support for Brexit, Northern Ireland voted for remain with the border areas voted very strongly remain. With all of this in the mix it can be done if Theresa May is prepared to stand up to the DUP which I’m afraid she probably isn’t.

© AFP 2019 / ANIEL LEAL-OLIVAS
UK Chancellor Hammond Unveils Fiscal Stimulus to Offset Brexit Risks
Sputnik: Finally, who do you think is the most likely candidate to over from Theresa May either after Brexit or if a vote of no-confidence is activated?

David Lindsay: The strongly pro-Brexit right of her own party have shifted its affections from Boris Johnson to David Davies but I don’t see either of them as terrible credible. My own guess from within the mainstream of the parliamentary Conservative party that produced Theresa May without a contest, they will produce someone else without a contest who will be unacceptable to the right but the right will be told to get used to it, that could be almost anyone from the current cabinet or bets are pretty much off but it will be somebody like that. The right wants David Davies or Boris Johnson or possibly Jacob Rees-Mogg but it’s not going to get any of those people.