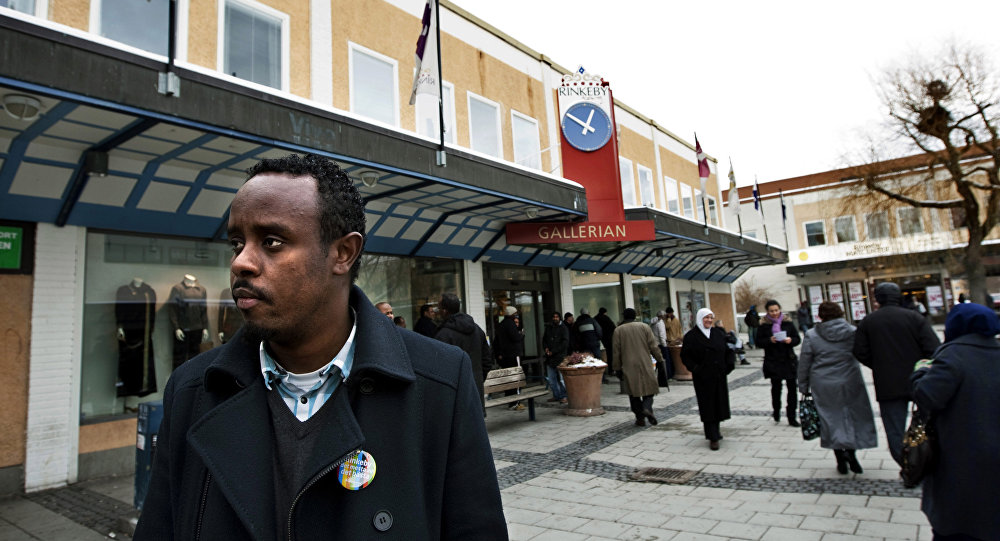 Despite talks of integration at all levels of government, man-made segregation has only gotten worse in Sweden, award-winning journalist Janne Josefsson has maintained.

Sweden is often referred to as “multiculturalist”, but what politicians really have created is an apartheid state, star journalist Janne Josefsson maintains in an opinion piece in Dagens Nyheter.

The more the country derails, the more desperate and populist the rulers become in their rhetoric, Josefsson argued in his article called “It reeks gunpowder in the world's best country”.

“We call it multiculturalism, but in fact we have created a social, economic and human apartheid in Sweden. Regardless of what government we have had, segregation has increased,” Josefsson wrote, taking a jab at both centre-left Social Democrats and centre-right Moderates who have steered Sweden in the past decades. While rejecting the idea that this is the result of a deliberate attempt to destroy the country, Josefsson believes it reflects a “complete failure” of politicians, regardless of their alignment.

According to Josefsson, Sweden is no longer a single country, but rather “different worlds”. He draws the example of Sjumila school in Gothenburg, Sweden's second-largest city, where fewer than one percent of pupils speak Swedish as their mother tongue. Schools have become “conveyor belts” that deliver personnel to criminal gangs. In Sjumila school, every fourth boy becomes a criminal shortly after completing school, he argued.

Despite all talks of integration at all levels of government, the segregation has only grown worse, Josefsson argued.

According to Josefsson, the political denial of reality has been replaced by the “extremely harsh rhetoric” of leading politicians, such as Social Democrat Justice Minister Morgan Johansson, who called the perpetrators of a recent street murder in Malmö that made national headlines “abominable beasts”. This, argued Josefsson, is a sign of desperation, a token of politicians' inability to solve the problem.

Josefsson concluded that Sweden gets “the society it deserves”.

Incidentally, intelligence analysis professor Wilhelm Agrell almost simultaneously published an opinion piece of his own warning of Sweden's “internal conflict” “dragging the country down”, echoing some of Josefsson's thoughts. According to Agrell, violence keeps escalating in Sweden as the state's monopoly on violence no longer exists.

“In the typical internal armed conflict, different groups are fighting each other and to varying degrees a state power that has completely or partially lost its violence monopoly,” Agrell wrote in his article in Svenska Dagbladet bluntly called “We must act to save the country”. He drew parallels with 1980s Lebanon and the 1990s Balkans, where internal conflicts escalated to a full-scale war.

67-year-old Janne Josefsson is a Swedish investigative journalist who has had numerous shows on national broadcaster SVT, including the widely-acclaimed Mission Investigation that uncovered some of Sweden's most noted scandals. He has received many journalistic prizes for his writing, but is sometimes criticised for his biased reporting.