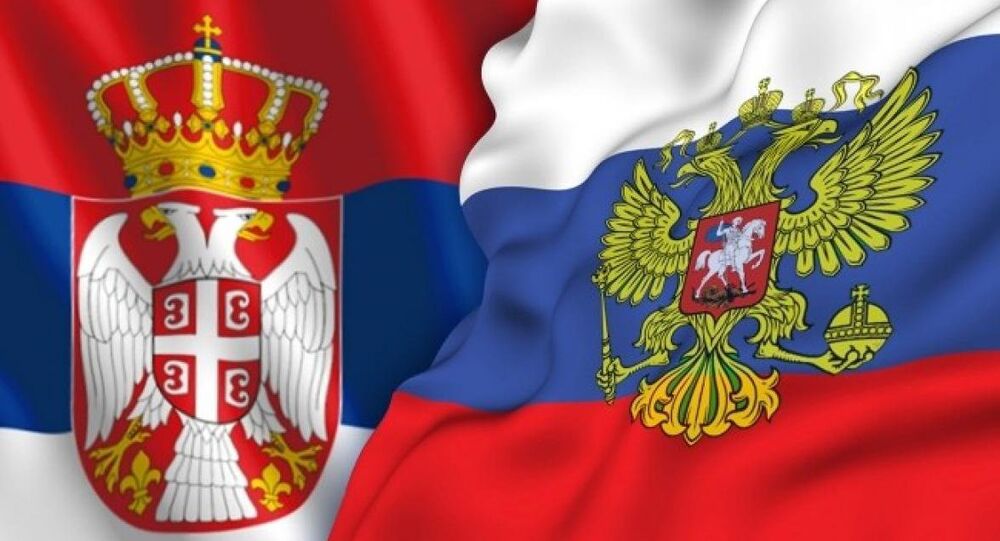 Serbia's neutral status is anchored in a 2007 resolution, adopted by the country’s Parliament.

“Concerning the attempts to involve all the Balkan nations in NATO, Moscow’s attention to these destructive efforts is well-known. Given that, we welcome the responsible and sovereign political course of Serbia, aimed at preserving military neutrality. Unfortunately, not all its neighbours are capable of resisting external pressure and fall under the influence of NATO with its alleged security guarantees contrary to the will of the majority of their citizens", the minister said in an interview with the newspaper Trud.

Lavrov pointed out that relations between Moscow and Belgrade were developing in line with the spirit of a 2013 Declaration on Strategic Partnership. The minister also stressed positive developments in bilateral cooperation.

“We are ready for the gradual development of relations with anyone, interested in that. Serbia is our leading partner on the Balkan Peninsula. At the same time, we are maintaining constructive, intensive ties with other nations in this part Europe", Lavrov added.

Russian-Serbian relations have been developing since the 19th century when Russia helped Belgrade to gain independence from the Ottoman Empire. Moreover, in 1914, the Russian Empire decided to provide support for Serbia amid the latter’s crisis in relations with Austria-Hungary, which resulted in World War I.

The ties between the Soviet Union and Yugoslavia were unstable as Moscow and Belgrade had several periods of tensions in bilateral relations. However, the dissolution of both states opened up new prospects for the development of bilateral ties between Russia and Serbia. Moscow, particularly, supported Belgrade in the conflict around Kosovo and refused to recognise the latter as an independent state.