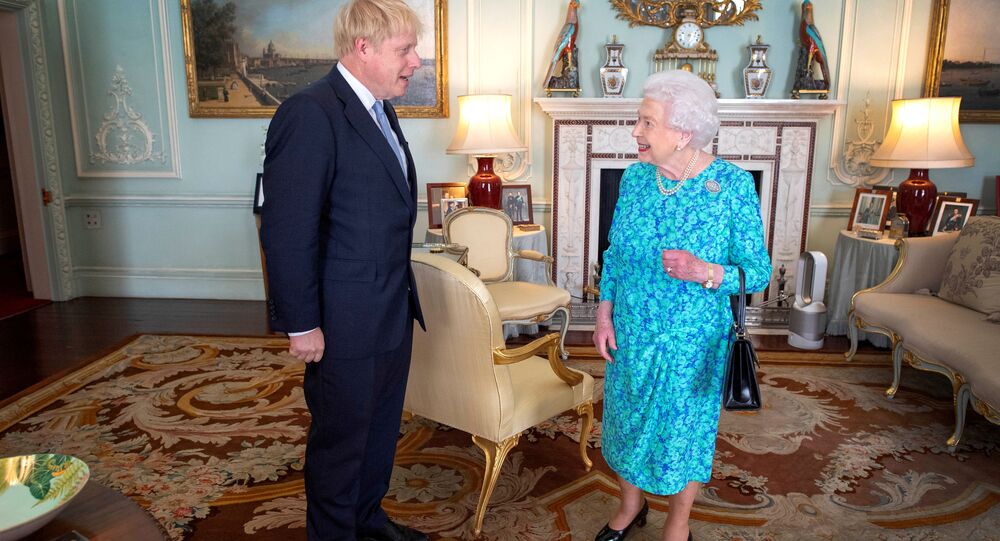 The Prime Minister made the comments whilst visiting the NLV Pharos, a lighthouse tender moored near the HMS Belfast along the Thames.

UK prime minister Boris Johnson denied lying to Queen Elizabeth II on his decision to suspend Parliament, stating that such claims were "absolutely not" true, the Press Association reported on Thursday.

When asked if he had deceived the Queen, Mr Johnson said: "Absolutely not. The high court in England plainly agrees with us but the supreme court will have to decide. We need a Queen’s speech, we need to get on and do all sorts of things at a national level.

Did Boris Johnson lie to the Queen to prorogue Parliament?

"Absolutely not,” says the PM. “The High Court in England plainly agrees with us but the Supreme Court will have to decide.” pic.twitter.com/xC6DvHvfHW

He added that he was "very hopeful" that he could strike a deal with the European Union at an upcoming EU Summit in Brussels 17-18 October.

He said that London would "get a deal" at the "crucial summit", and that the UK was "working very hard".

"I’ve been around the European capitals talking to our friends," he added.

The news comes just a day after three senior judges in the Edinburgh's Court of Session ruled that the Prime Minister's prorogation of Parliament until 14 October was unconstitutional and that Mr Johnson's order to do so was "null and of no effect", despite a 4 September ruling in the Cherry court case stating that the move did not contravene the rule of law.

The three judges said that the British PM's talks with the Queen were "motivated by the improper purpose of stymying parliament" and that it's purpose was to "stymie parliamentary scrutiny of the executive" as a "central pillar" of Britain's constitutional good governance.

But on Thursday, a Northern Ireland court rejected a case claiming that the UK government's Brexit strategy would not have harmed the fragile Good Friday Agreement peace process.

PM Johnson has repeatedly stated that he would like to act on the 2016 EU referendum by 31 October 'come what may', despite consternation from Commons. A group of opposition lawmakers decided to challenge Mr Johnson's parliamentary suspension in court, while Commons forced the PM to delay Brexit until January 2020 to block a no-deal scenario.

Corbyn and his friends in Parliament don’t trust you to make this decision - but I do. Let’s put it to the people: more delay with Corbyn’s #SurrenderBill, or Brexit delivered on October 31st 🇬🇧 pic.twitter.com/q8tIwDMkcH

Brits voted to leave the European Union in 2016, but Commons has been unable to approve a clear strategy for doing so, including former PM Theresa May's embattled withdrawal agreement with Brussels. The EU has given the UK several extensions to form a Brexit plan, with the current one set for 31 October, but should Boris Johnson fail to find common ground on a strategy with Brussels, the deadline could be pushed back to January 2020, but only if the European Union agrees to approve the extension.