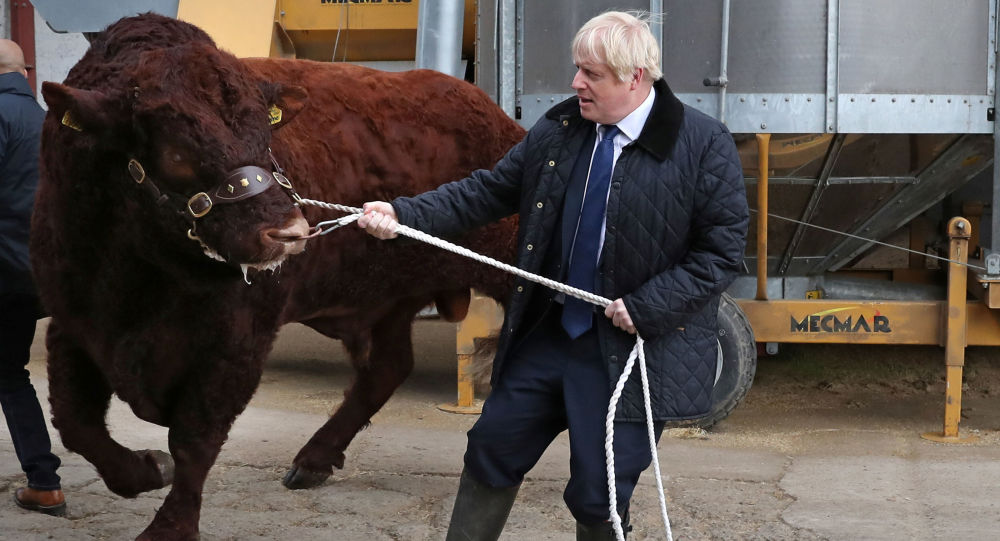 Britain’s prime minister is running out of options to take the UK out of the European Union in line with his “do or die” Brexit strategy, as opposition parties want a no-deal Brexit blocked before they agree to a snap election.

Boris Johnson is eager to defy lawmakers’ demands that he ask Brussels for another Brexit delay, despite parliament supporting a motion that would legally bind him to do so.

Speaking to reporters at a farm in Scotland on Friday, the prime minister said he won’t carry out parliament's instructions to seek a three-month Article 50 extension if there is no deal in place by the 31 October deadline. He added that he was only bound “in theory” by the would-be law, which he called “undemocratic.”

Johnson said: “The bill that is still before parliament would in theory mean that the government of the UK was obliged to write a letter to Brussels asking for a pointless delay to leaving the EU and I don't think that's what people want.”

“I don’t think that’s what people want and I think we were very clear about that and not only would it oblige the Government to do that, it would give the EU the power to decide how long the UK had to stay in and I really can’t think for the life of me that that is a democratic way forward,” he added.

Asked if that meant he would not ask the EU to postpone Brexit again, he said: “I will not. I don't want a delay.”

The bill has passed through both chambers of parliament and is due to get formal approval from the Queen on Monday, after which it will become law.

Failure to comply with the law could trigger legal action against Boris Johnson for contempt and possibly even see him jailed.

What Can Johnson Do to Defy the Opposition?

Whether Johnson is in a position to defy the law remains unclear; his government lost a working majority in parliament this week after a Conservative MP’s defection to the Liberal Democrats, so he asked legislators to support a snap general election in a bid to regain control over parliament.

But opposition lawmakers, along with 21 rebel Tory MPs, voted down his plans and instead passed the bill mandating the prime minister to ask for a Brexit delay to prevent no-deal.

Labour leader Jeremy Corbyn said his party would not support a general election until Johnson promises to adhere to the law. “We need a clear statement from the prime minister that he is going to abide by that act of parliament,” Corbyn said on Saturday.

Johnson ruled out resigning to avoid asking for an extension, saying he would stay in office to deliver Brexit and defeat Corbyn.

Johnson could also step down – as prime minister but not as Tory leader – to force an early election, but he said it was “not a hypothesis I’m willing to contemplate.”

In an extraordinary turn of events, Johnson could call a no-confidence vote in himself, which would trigger an early election if he were to lose (under one important condition which is that opposition parties are unable to form a government within 14 days).

Corbyn said he would support a snap election if a no-deal Brexit is ruled out, so the prime minister is expected to trigger a poll again on Monday and call an election for 15 October. The motion will need a two-thirds majority to pass.